The Ever-Evolving Story of DNA 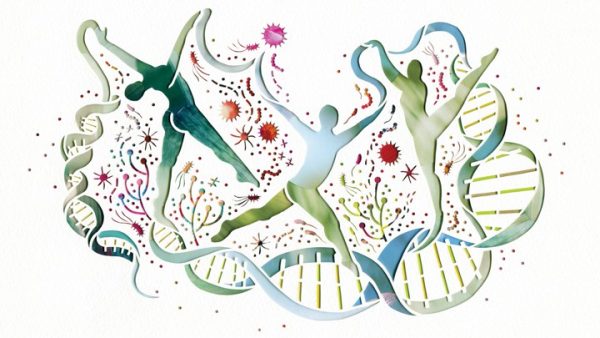 In 1555, Holy Roman Emperor Charles V announced his plans to abdicate, and his 28-year-old son, Philip II, became the king of Spain the following year. The throne was Philip’s natural—hereditary—right. The Habsburg dynasty, to which Charles and Philip belonged, had raised strategic matrimony to an art form, using marriage bonds among relations distant and close to seize control over much of Europe. Power came with a price, however: severe, recurring mental and physical problems. Charles’s mother was Joan the Mad; his son Philip was said to be “of weakly frame and of a gloomy, severe, obstinate, and superstitious character.” Philip’s descendant Charles II was 4 before he could talk and 8 before he could walk. He died in 1700, not yet 40, childless and sterile. Geneticists have calculated that he was more inbred than he would have been had his parents been siblings. After his death, the Spanish Habsburg dynasty collapsed, crushed under the weight of a heredity that as yet had no name.

Though Renaissance nobles could not have missed the unfortunate traits that ran like fractures through the House of Habsburg, not until the 1830s did the term heredity acquire its modern connotation as a biological legacy. Because the term first specified material inheritance, often from eldest son to eldest son, we tend to think about heredity in terms of straight lines: bloodlines, patrilines, and eventually germ lines. Our word for a diagram of the lines of descent—pedigree—is probably derived from the French pé de grue, or “crane’s foot,” evoking an image of a pencil-like leg ending in straight, splayed toes.

Comments Off on The Ever-Evolving Story of DNA