In the West Village, a remnant of NYC’s onetime smallest plot of land remains 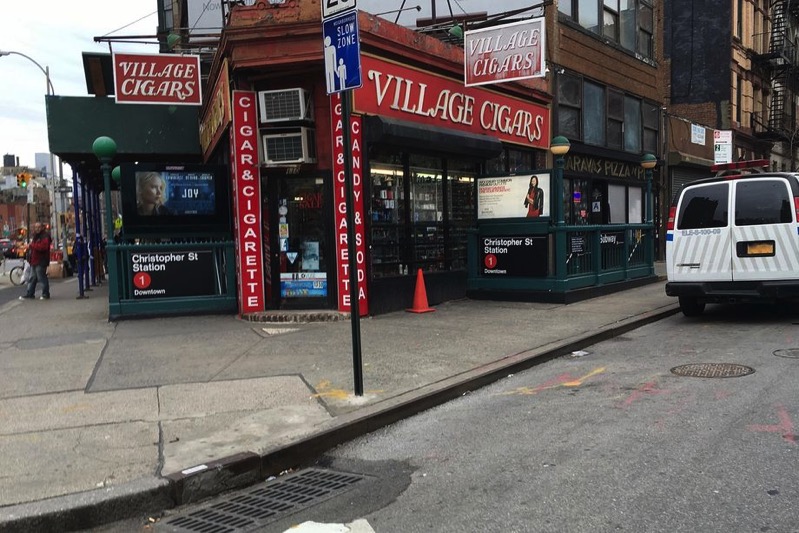 I must have walked by this hundreds of times and never noticed it. Great story from Curbed NY.

or 95 years now, a curious mosaic has sat, undisturbed, in the ground at Seventh Avenue South and Christopher Street, right in front of Village Cigars. The plaque, though a bit worse for wear, reads clearly: “Property of the Hess Estate Which Has Never Been Dedicated for Public Purposes.”

This is the Hess Triangle, and not only was it once the smallest piece of privately-owned property in New York City, it’s also one of the few bits of “spite” real estate—which is exactly what it sounds like—in the five boroughs.

Though the plaque was placed in 1922, the little triangle’s story actually begins in 1910. According to the Greenwich Village Society for Historic Preservation, more than 300 buildings in the area were slated for demolition to make way for the street improvements, as well as the incoming IRT subway line (now the 1 train). The city claimed eminent domain to seize the buildings, and despite the protests of landowners, they were gone just a few years later. (The Christopher Street subway station opened in 1918.)

Comments Off on In the West Village, a remnant of NYC’s onetime smallest plot of land remains