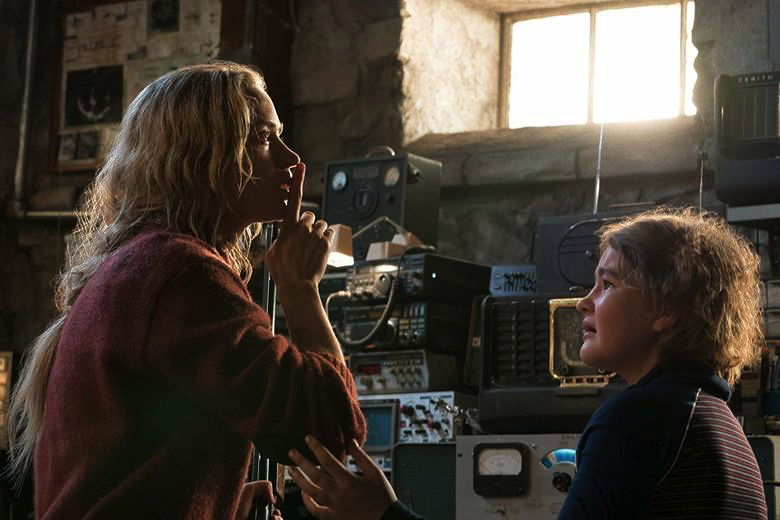 Great read (and at home watching tips) from Slate:

Part of the magic of watching A Quiet Place in the theater is the way the film’s silences transform even the most innocent crunch of popcorn into a jump scare befitting a horror movie. On Tuesday, however, Paramount will release A Quiet Place on Blu-Ray and DVD, letting audiences experience the film from the comfort of their own living rooms. That might be tricky if those living rooms aren’t soundproof, because to fully appreciate A Quiet Place, you need to watch it in, well, a quiet place.

Fortunately, the film’s supervising sound editors, Ethan Van der Ryn and Erik Aadahl, have some advice to help viewers get the theater experience at home. Slate spoke to the duo about the power of silence and how they hope A Quiet Place will change the way filmmakers think about sound.

Marissa Martinelli: You’ve both worked on major blockbusters in the past. How was your approach to working on A Quiet Place different from working on, for instance, one of the Transformers movies?

Erik Aadahl: Typically, on a blockbuster movie, we’ll build up an audio track that has everything, every sound, and then we’ll have options in the mixing stage to choose which details we want to bring out. In a funny way, we approached this film in the inverse. Instead of covering everything and then paring back, we did the opposite, which was to start with silence and then only really introduce the sounds that we absolutely needed.

That perfectly matched our philosophy for the film, which was Silence is survival. Any noise that a character makes is potentially deadly. We put ourselves in the characters’ shoes, as sound designers, and built the track in as sparse a way as we could.

Ethan Van der Ryn: One thing that was a little bit different with this film is that how we handled the music became crucial. When we first started working with the movie, there was basically music throughout. We quickly realized that in order to create the experience we wanted, we had to start stripping away all of the sound, but especially the [temporary] score that had been laid through all these moments. That was something we needed to sell to the filmmakers as being critical to the whole experience.