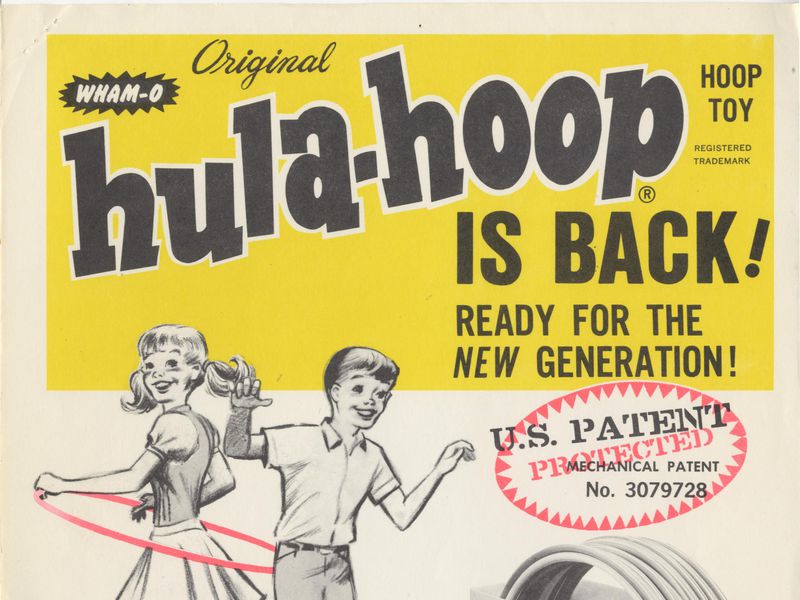 Smithsonian.com pays tribute to the beloved Hula Hoop, which has recently been having a new moment in the spotlight.

The women in the black-and-white videos wear Breton striped shirts, like those favored by Audrey Hepburn, and knee-high socks. Each has a hula hoop, or many of them. They swing them around their waists, but also around their wrists and elbows, shoulders and knees. A brunette in a bob rotates a hoop around her thighs, then does it while balancing on one leg before climbing the circle up her torso and into the air—a move called the “pizza toss.” This could be a scene from 1958, the year the United States went dizzy for hula hoops, except for the thousands of Instagram followers and the hashtags that accompany the videos: #hoop #tricks #skillz. The acrobats are Marawa’s Majorettes, a troupe of hyper hoopers led by Marawa Ibrahim. They’ve performed at the Olympics, set hooping world records and are among those credited with resurrecting the oh-so-’50s phenomenon for the age of social media.

Comments Off on The Iconic Hula Hoop Keeps on Rolling