TrackTalk is a new feature from the Adafruit music team. In this companion to the MusicMakers Q&A series, we invite artists to take us behind the scenes of a particular track to talk creative process, recording set up, and more. This week we’re excited to feature a recent beauty from Brooklyn via Texas songwriter, multi-instrumentalist and artist Shay Spence.

“I think you’re doing it on purpose,
taking all my words and turning them to torches,
and bending up my circuits,
almost like a smile, almost like I’m worth it…” 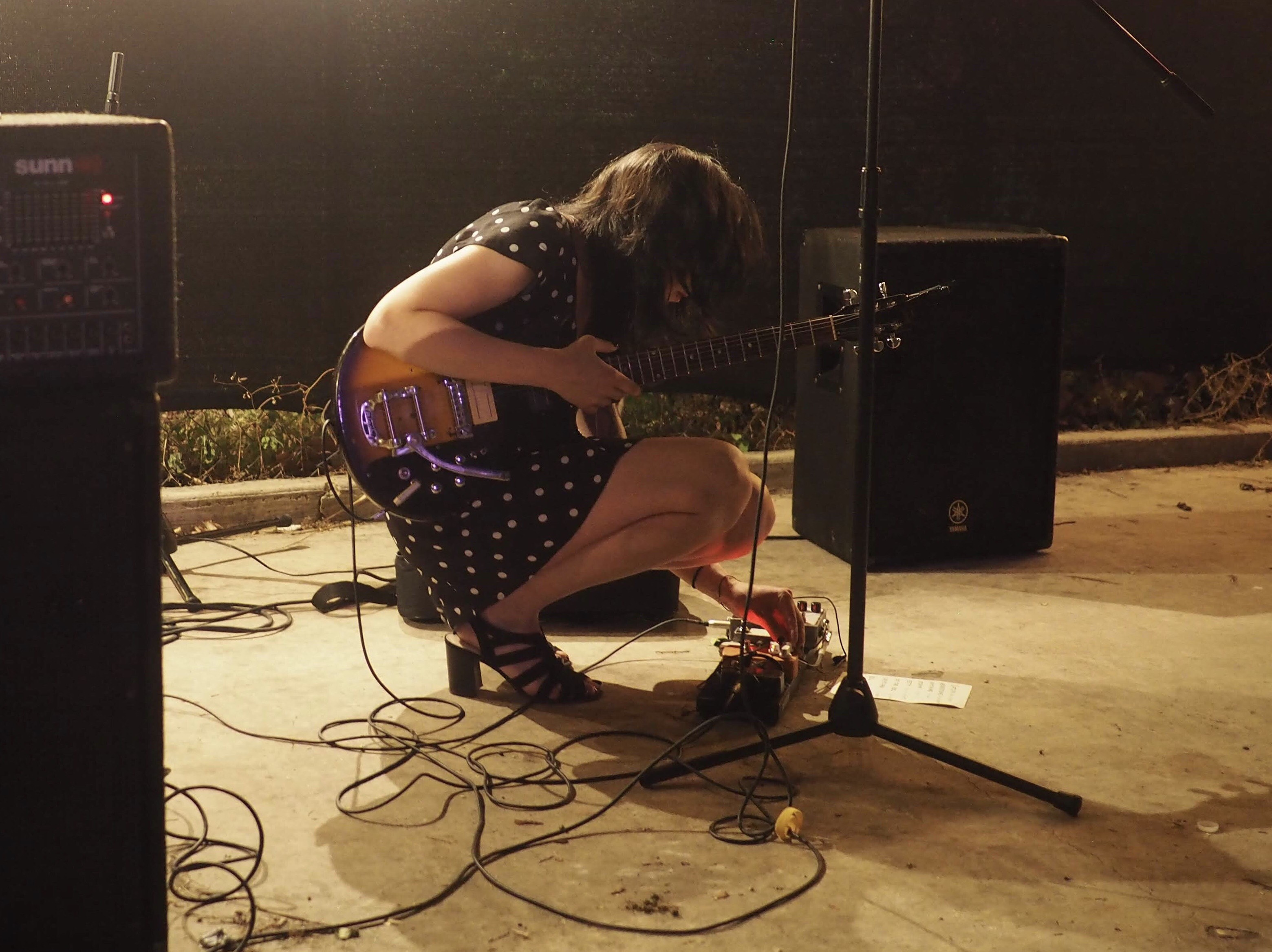 Cassette (Shay) Spence fronts Vassals and is the bassist of Magana, she’s an active figure in the NYC DIY scene and has been releasing a lot of really unique guitar music over the past few years. Recently she self-released the With Fangs EP, her gorgeous debut solo record. With this scrappy and lo-fi entry into her catalogue, she eschewed some of the high fidelity and wall of noise elements that were trademark of Vassals’ powerhouse sound in favour of something more fragile, fractured and personal.

Working outside of a band framework and without the resources of a recording studio, Spence sounds free and inspired while working within the limitations of home recording. Alone with her laptop, she’s come up with four beautifully brittle songs that are both layered and loose. Staggering into a groove, the material here is dreamy and authentic. Her music is fog thick with atmosphere and emotion and her words are full of both mystery and meaning.

Though it’s a challenging and enchanting record from start to finish, my favourite song from the EP is “Bracelet Of Teeth” and I was delighted that Spence was willing to give a little insight into the song’s meaning, history and recording.

As ever, we hope you find some inspiration in Spence’s words and music. For me personally, I think the message is that you can do something special in more ways than one – there is no set path. You can front a killer rock band and head out to a fancy studio and make a huge sounding album. Or you can stay home with your laptop, some good ideas and something to say and create something that’s full of beauty and bite.

Shay Spence on “Bracelet Of Teeth”:

“Since my early teens, the bulk of my songwriting has fixated on unsettling dreams. The foggy fake memories that follow me around all day but disappear when I turn around, they’ve always felt similar to a song stuck in my head with lyrics I couldn’t decipher. Maybe sometimes that’s the confluence I need to write songs: an outline of a melody and crumbs of surreal memories just tumbling around, slow spin cold water rinse, and then those songs are never attempting to describe a dream (because there’s nothing as boring as hearing about someone else’s dream) but to use the flickering images to say that i’m awake and Feeling Weird. I don’t think i’ve written anything about a nightmare in years though; real life has been surreal enough lately.

The concept of a “Bracelet Of Teeth” came from a joke with my ex about what we should do with our puppy’s baby fangs once they fall out. Turns out that dogs often just eat their own teeth (which is pretty metal) and we ended up with like, maybe two and a half — hardly bracelet quantity. A very early draft of this song was played live once, written in a rush to have something new to play. The imagery inside was kaleidoscopic and loose, just this disjointed word cloud of a trans girl getting divorced. it wasn’t great tbh. I put it on the shelf and moved on to more tangible stuff, but the “bracelet of teeth” line would still come to mind now and then.

I tend to write somewhat obliquely which often leads to some omg-my-horoscope-said-this-would-happen situations. I started dating this girl that wore a smartwatch (sorry to out you as a dork, honey), watching her notifications roll in on her wrist got me thinking about that ol’ tooth bracelet again, this idea that I wear it all the time and it gives a gentle bite when I need to pay attention. “Marcy” became the narrator’s focus because “Holly”, “Molly”, and “Marley” had great cadence but belong to people I know and I didn’t want to be creepy. Plus, i’ve always had an affinity for the bespectacled girlfriend of Peppermint Patty, and this is a song about u-haul lesbians after all. Smartwatch girl lived near the Marcy Ave stop when we met, and soon a bunch of cute little lyrical pieces started falling into place. 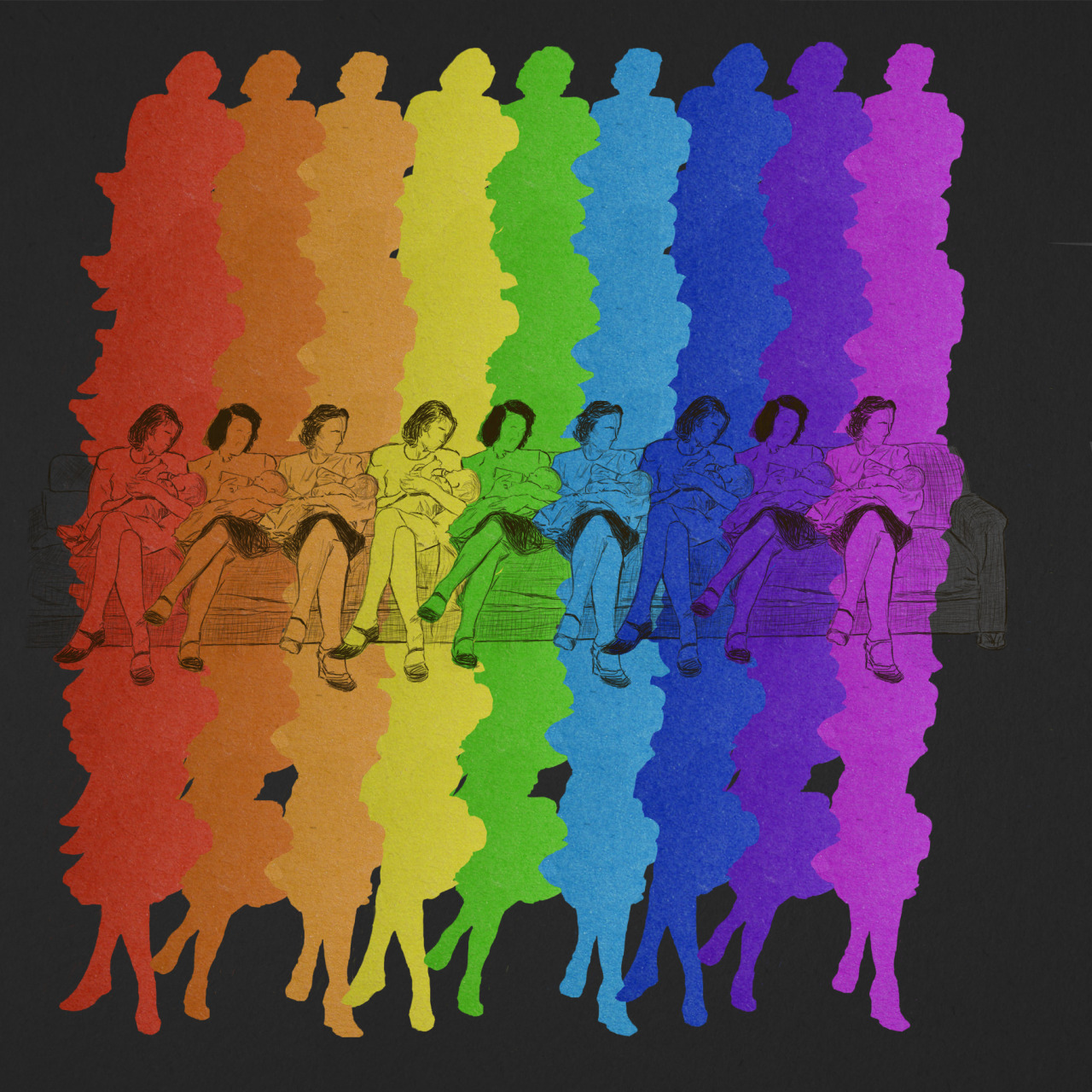 Music just sticks in my brain whether I like it or not. I’m one of those that can’t remember most of her childhood but can hear a song once and cursedly know the bass lines forever. I write musical ideas down sometimes but mostly I just carry it around in my head and tinker with it, and it’s easy to move past the bad first drafts when they don’t actually exist anywhere. Often I don’t even attempt to play something out loud before recording the demo; actualizing the key and harmonic rhythm can weigh down the cooler thing i’m hearing in my head. That sounds so pretentious but seriously — if I sit with something uncommitted for too long I start to second guess or get lost in needless music school noodling.

So, when things in my head feel okay, I take a day, a bottle of wine, and whatever equipment I have at hand to get it recorded. I start with the simplest harmony to support the melody and sketch the form, usually a single mic scratch track of acoustic guitar and vocals. once that’s done, I let tunnel vision kick in and build up from there, letting any new rhythmic or harmonic ideas happen since I’m purposefully not married to the scratch. I did “Bracelet Of Teeth” in Logic because my cassette recorder recently stopped working, and consequentially gave in to the temptation of midi drums (if the tape was operational this would have been a very different song but I guess we’ll never know ¯\_(ツ)_/¯ ). It’s so easy to overdo it when working digitally so I try to keep an 8-track mindset, searching for the parts that are most essential and trying for good, full takes that don’t need editing. Also, “need” is relative because I love being sloppy.

I can spend all day tracking, kinda mixing as I go, forgetting about my phone, forgetting to eat; it’s a hyper-productive lite fugue state (heyyy mental health music pun, I’m so very sorry). Eventually I come back into my body, or run out of wine, and realize I haven’t tracked anything new in hours and am just twisting virtual knobs on a virtual compressor like I know what I’m doing or something, and decide to put the song away for the evening. And then, dear reader, that’s usually the end of it! I might tell myself I’ll spend another day on it, and sometimes I will, but most often I get too busy to settle back into it and actually you know what this is pretty cool I’m just going to pretend-master this and call it finished.”

If you’d like to hear a little more music from Spence’s catalogue, give these a listen: 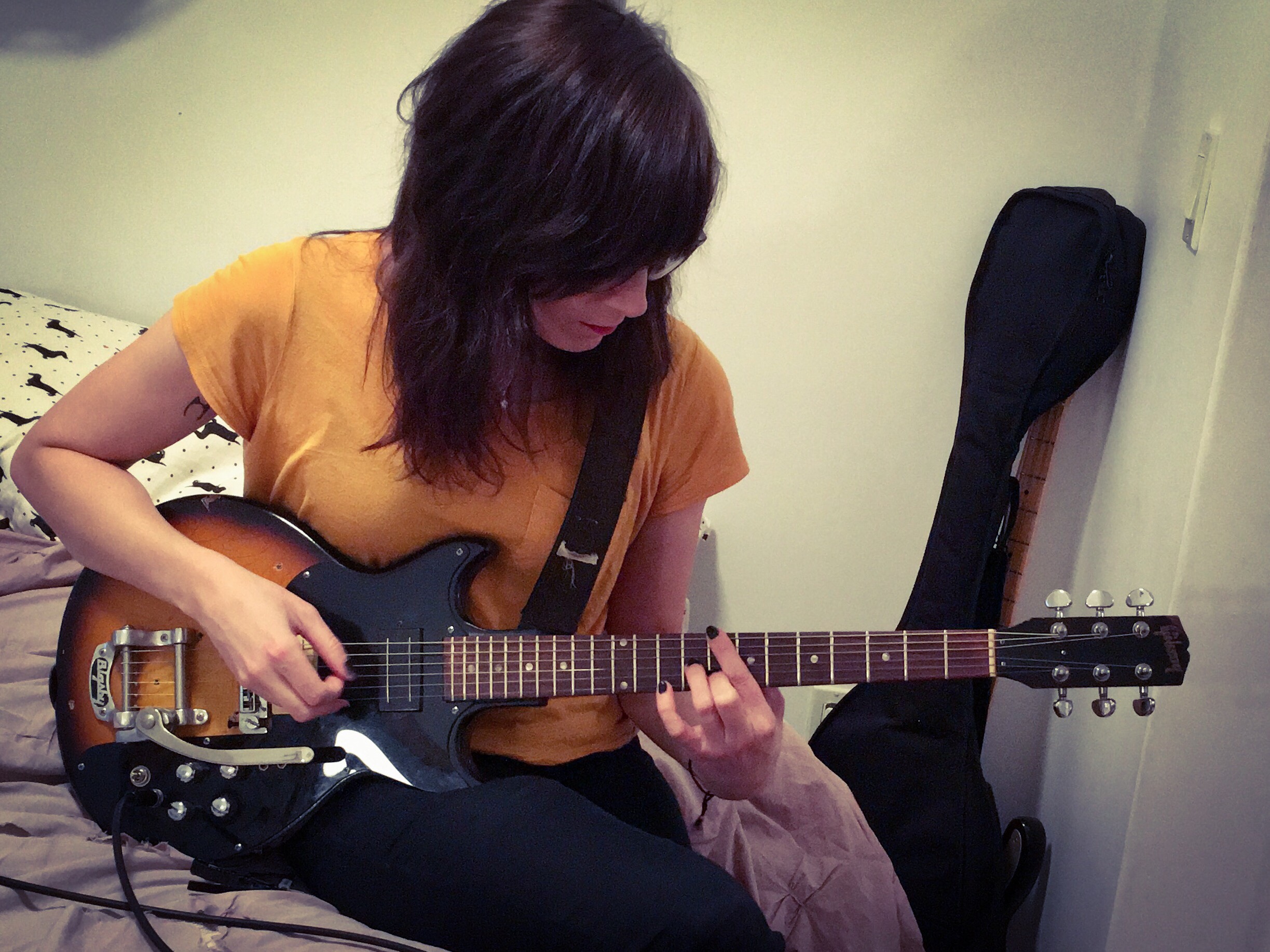 The With Fangs EP is out now.

Check out our MusicMakers series for Q&As with artists like Frankie Cosmos, Jeffrey Lewis, Haiku Salut and more, as well as the new TasteMakers series featuring Q&As with blogs and podcasters such as The Grey Estates and Stories About Music.

Comments Off on TrackTalk002: Cassette (Shay) Spence – “Bracelet Of Teeth”