Some of the Tech Behind the @salesforce Tower Light Sculpture by Engineer-Artist Jim Campbell – and How Window Washers Nearly Destroyed It All! | #ArtTuesday 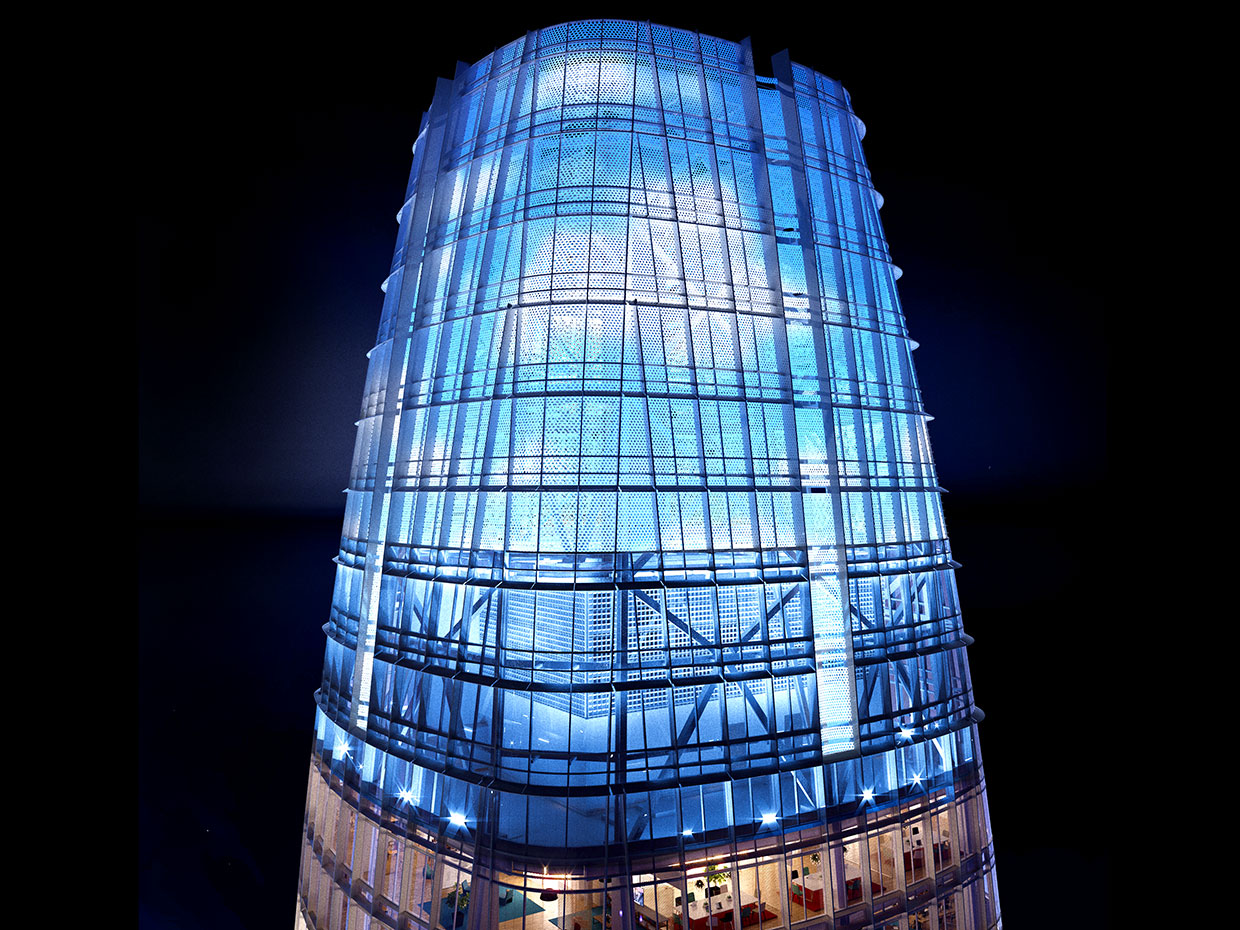 Rad story over at IEEE about the towering light sculpture atop the Salesforce Tower in San Francisco – the full story mentions the PIC microcontrollers used by Jim Campbell, an Ubuntu Linux PC controlling the imagery, and the future prospect of incorporating live imagery into the tower – cool!

On the top of San Francisco’s 1,070-foot Salesforce Tower, the new skyscraper dominating the cityscape, the show starts at twilight. The top 130 feet of the tower light up in yellow, and then dancers move across it. On a clear night, the show is visible for 30 miles. It’s the highest public art installation in the world right now.

This permanent installation, by electrical engineer-turned-artist Jim Campbell, is different from the bands of colored lights atop many skyscrapers. For one, Campbell explains, he’s showing imagery—the ballerina is only the first of what will be a broad palette of images.

For another, the LEDs that create the images shine in toward the building, not out. That might not seem like a big deal, but it’s the difference between images made up of visible dots like on a Jumbotron and a wash of color. And it took some serious engineering to make the latter happen.

First, a few numbers. The installation involves 11,136 light fixtures. Each of those fixtures (so-called “hats”) contains two sets of LEDs with a red, a green, a blue, and a white LED in each set.

“I tend to run my LEDs at 10 percent their rated power so they last 10 times as long; putting two sets together lets me do that,” Campbell says.

There’s a reason that most LED installations face the LEDs out—that’s easy, you just stick them on a surface. What Campbell proposed instead was really hard.

“We had designed these rods sticking off the side of the building to hold the LED hats facing in,” Campbell says. And then “the window washers told us they would end up breaking some off every day. It took us six to 12 months to figure out what to do.”

Comments Off on Some of the Tech Behind the @salesforce Tower Light Sculpture by Engineer-Artist Jim Campbell – and How Window Washers Nearly Destroyed It All! | #ArtTuesday