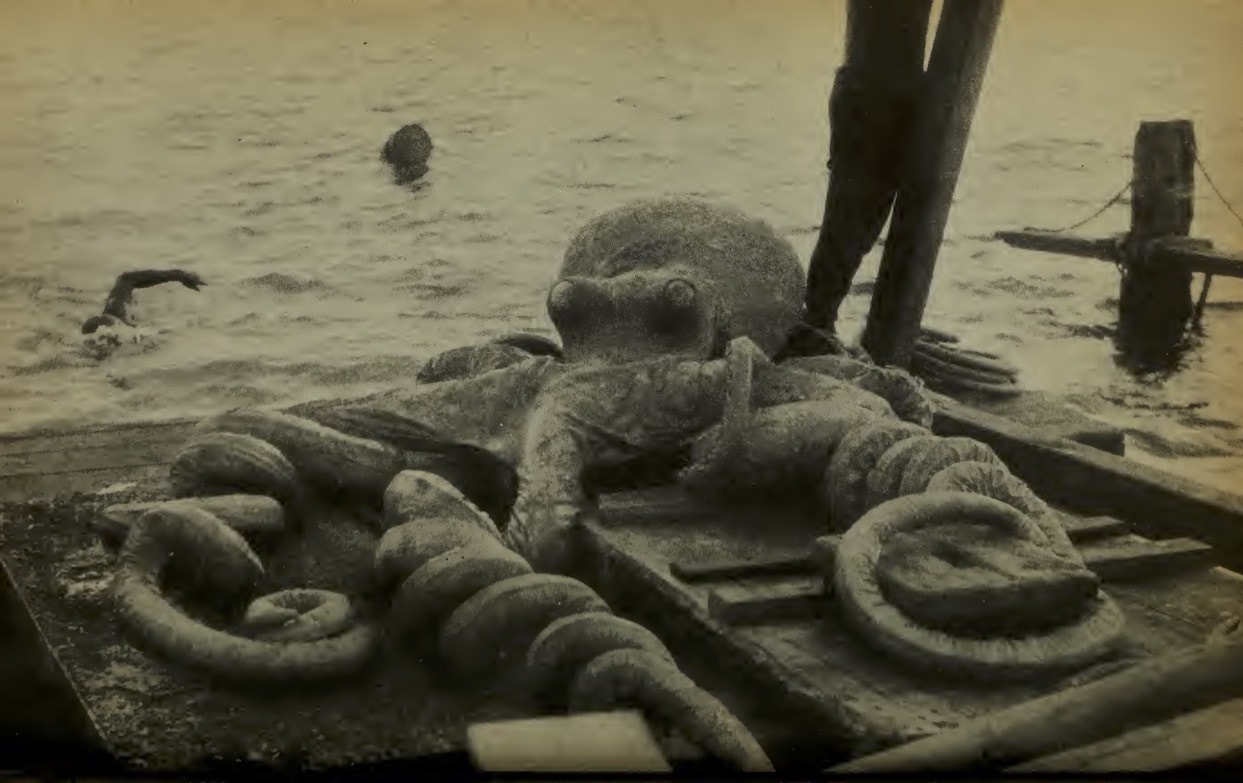 An amazing story from the Science Friday team about the three inventions that made the iconic scene from the 1916 film 20,000 Leagues Under the Sea possible:

The scene begins innocently enough. An unsuspecting pearl fisher paddles through the water, going about his business. Waves gently buffet the diver as he nears a coral reef, and crabs scuttle into their holes. Then, a single sinewy arm of an octopus snakes through the water, closing in on the diver.

The scene from the 1916 film 20,000 Leagues Under the Sea was shocking to audiences. “Undersea filmmaking pioneer” John Ernest Williamson reflects on the scene that he helped create: “The [sight] of that great pulpy body, those great staring eyes, those snake-like sucker-armed tentacles [sic], sent a chill of horror down my spine,” he writes in his memoir 20 Years Under the Sea. “The giant cuttle-fish glided with sinuous motion from its lair. Loathsome, uncanny, monstrous, a very demon of the deep, the octopus was a thing to inspire terror in the stoutest hearts.” (While Jules Verne’s original novel often features a giant squid when translated into English, Williamson refers to his creation for the 1916 film as an octopus.)

Moviegoers were held rapt as Captain Nemo dove into the water and battled with the impossibly large cephalopod, eventually hacking off one of its writhing arms, freeing the pearl fisher, and fleeing in a cloud of the creature’s ink. They were sucked in not only by the terror it inspired but also by its technical innovations. The battle, and great octopus, was the centerpiece of the first major motion picture to be filmed underwater. 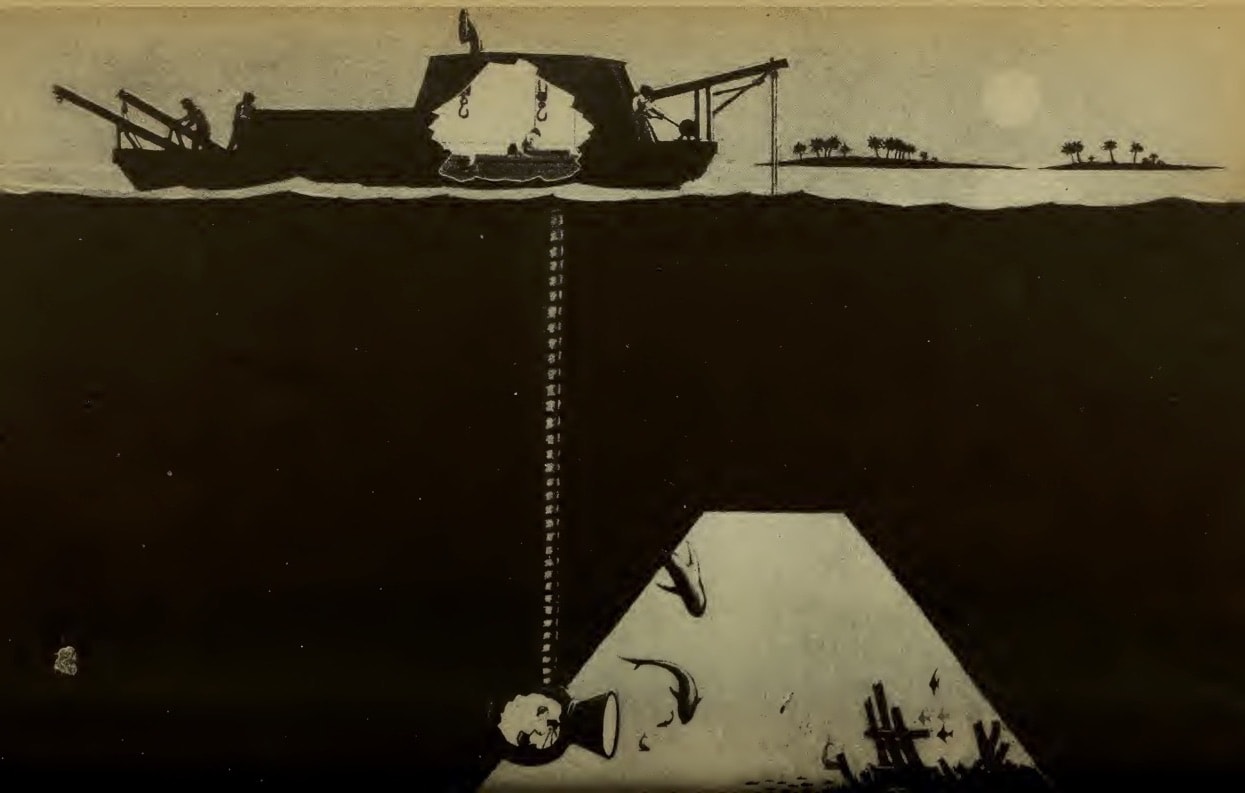 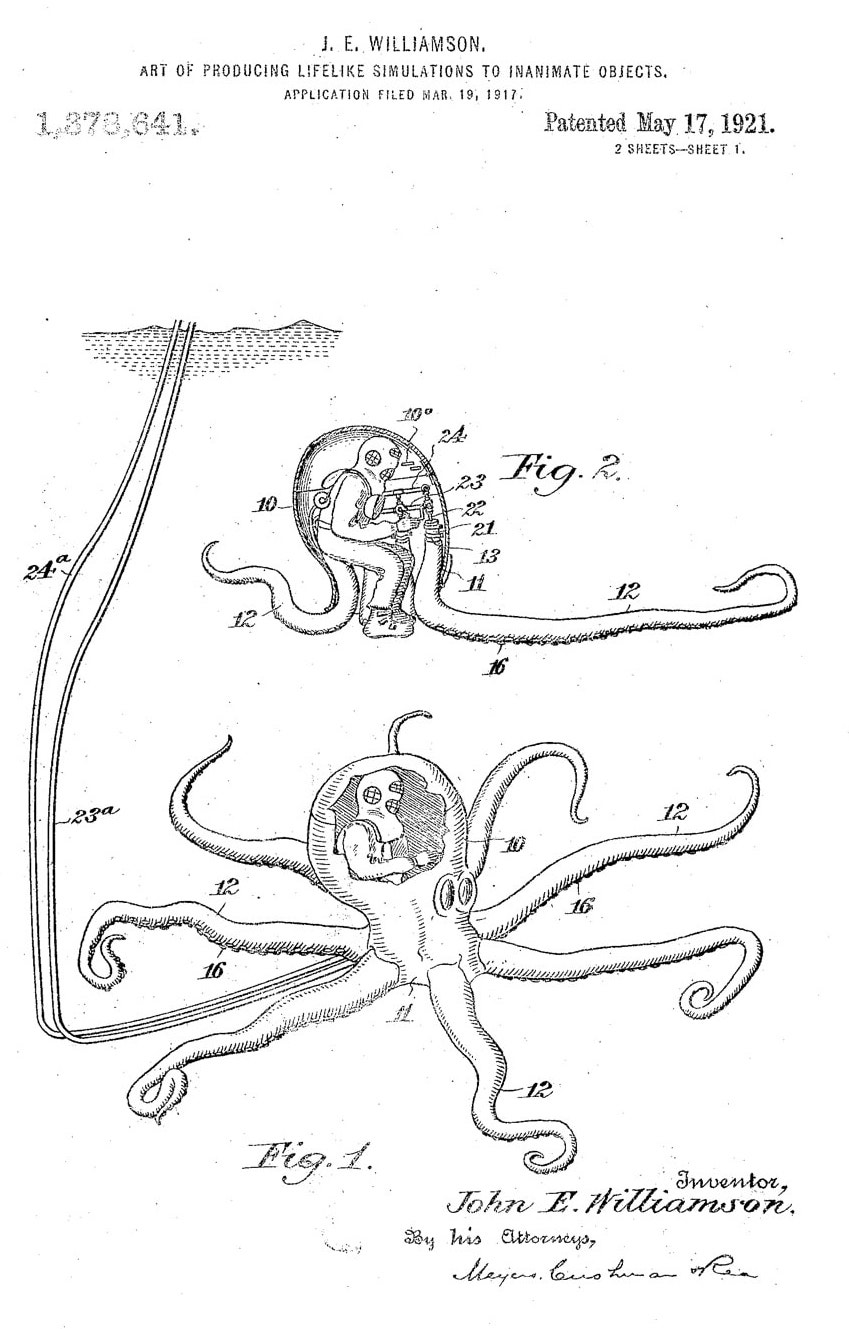 J.E. Williamson’s patent for the octopus simulator. Google Patents No. 1378641A