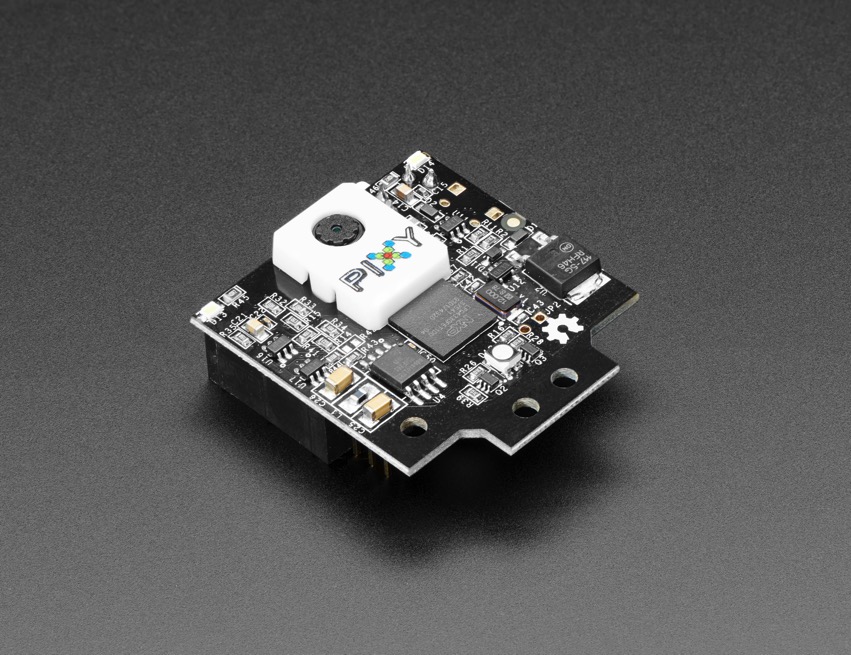 Pixy2 is the second version of Pixy. It’s faster, smaller and more capable than the original Pixy, adding line tracking/following algorithms as well as other features. Here’s what we’ve added to Pixy2 as of July 19, 2018: 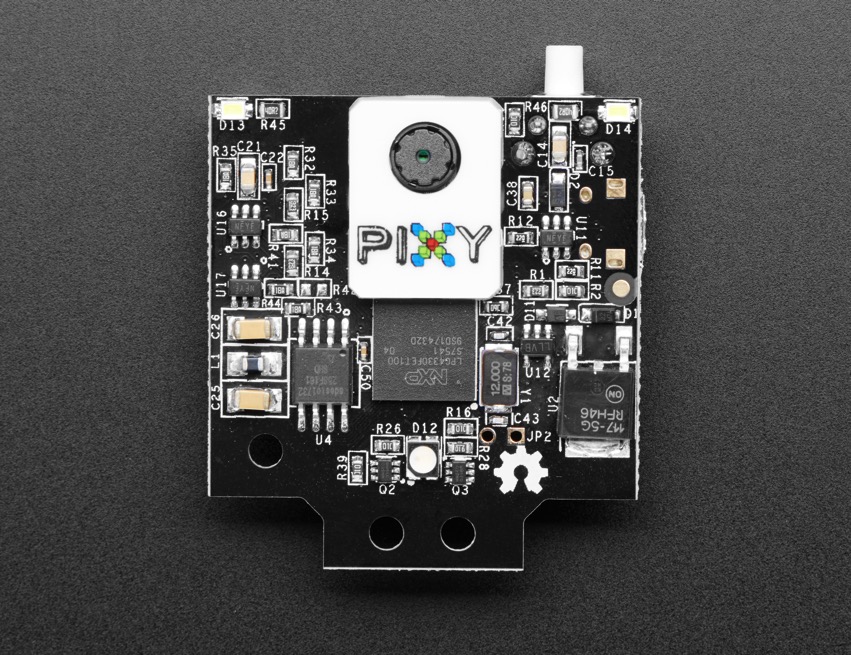 And of course, Pixy2 does everything that the original Pixy can do: 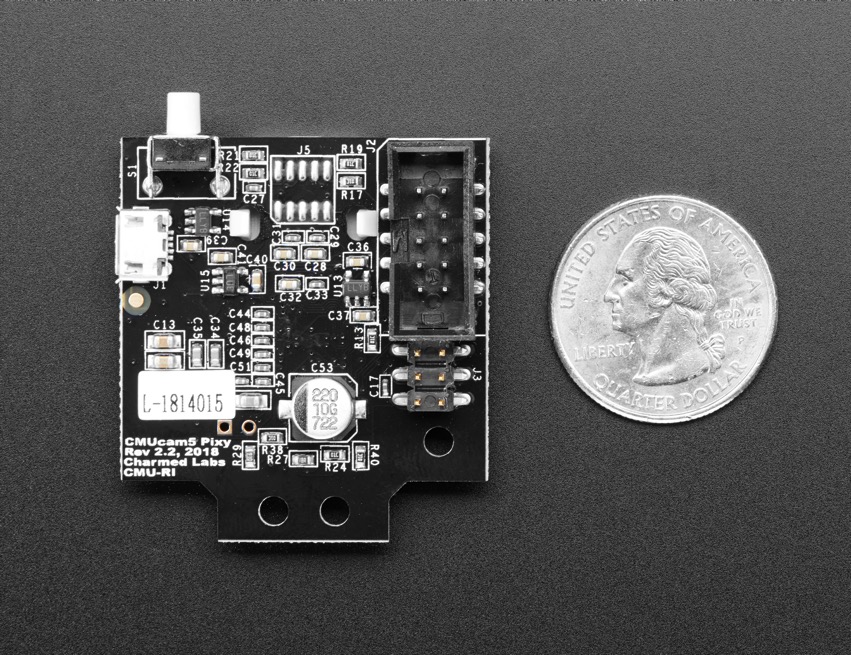 Pixy2 is smaller, faster and more capable than the original Pixy.  Like its predecessor, Pixy2 can learn to detect objects that you teach it, just by pressing a button.  Additionally, Pixy2 has new algorithms that detect and track lines for use with line-following robots.  The new algorithms can detect intersections and “road signs” as well. The road signs can tell your robot what to do, such as turn left, turn right, slow down, etc.  And Pixy2 does all of this at 60 frames-per-second, so your robot can be fast, too.

The Pixy2 uses hue and saturation as its primary means of image detection – rather than the normal RGB. This means that lighting or exposure won’t affect the Pixy2’s detection of an item – which is a frustrating problem with many image sensors. It’s also a vast improvement over previous versions of the Pixy CMUCam, adding increased flexibility when it comes to lighting and exposure changes.

It can also remember seven different color signatures, find hundreds of objects at the same time, and is super fast – processing at 60 frames a second. Finally, the Pixy2 is also teachable so you can set it up to only send you images that you’ve specifically told it to look for. It’s easy and fast and has an open source application called PixyMon. 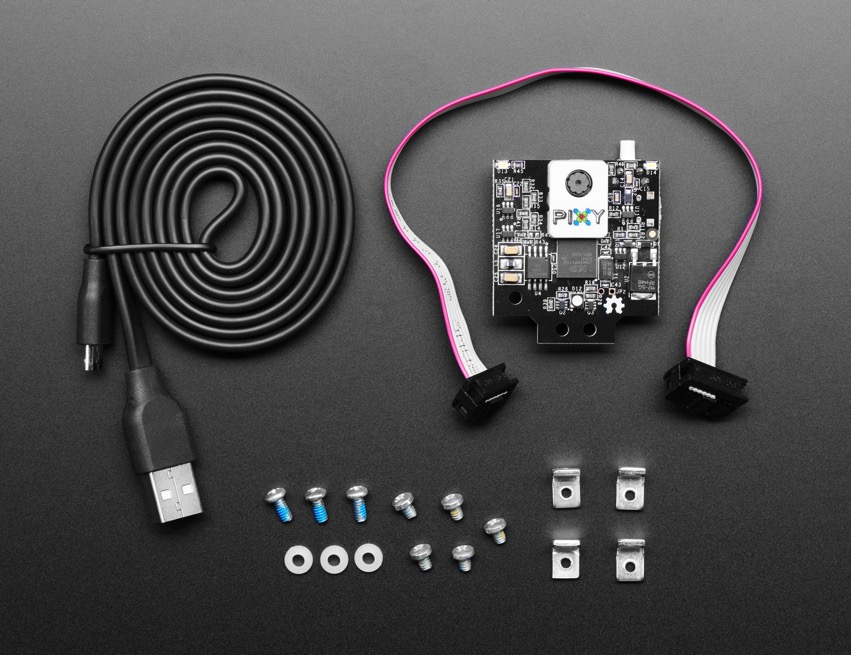 Each Pixy2 Sensor comes with a 6-pin-to-10-pin IDC cable, a USB to Micro USB cable, and mounting tabs and screws.