How the Brain Processes Images 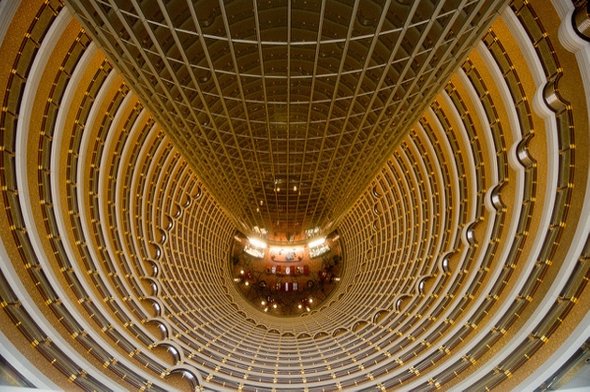 A visit to China reminds a neuroscientist that no matter how differently different cultures see the world, they process images in the same way Via Scientific American

No matter where we call home, where we were raised, or what we ate for breakfast, our brains process information pretty much the same as anyone else in the world. Which makes sense—our genomes are 99.6-99.9% identical, which makes our brains nearly so. Look at a landscape or cityscape and comparable computations occur in your brain as in someone from another background or country.

Consider my recent walk through China’s Zhangjiajie National Forest Park, an inspiration for James Cameron’s Avatar. Some of our first steps into the park involved a 1,070 foot ascent in the Bailong elevator, the world’s tallest outdoor elevator. Crammed within the carriage were travelers from Japan, India, China, the U.S.A., and Korea.

No matter our origin, the Wulingyuan landscape didn’t disappoint: the towering red and green rock formations stretched towards the sky as they defied gravity. Gasps and awes were our linguistic currency while our visual cortices gleefully fired away.

The approximately 3000 quartzite sandstone pillars, with their unusual red and green contrasts, mesmerized our visual centers, demanding our attention.

One of the brain’s earliest visual processing centers, V1, lies at the middle of the back of our head. V1 identifies simple forms like vertical, horizontal, and diagonal edges of contrasting intensities, or lines. Look at a vertical line, and neurons that are sensitive to vertical lines will fire more quickly; look at a horizontal line, and our horizontal neurons buzz away.

Downstream visual centers (conveniently called V2, V3, V4) weave together these basic visual forms to create the beginnings of a visual tapestry. More complex forms like squares and circles are assembled; motion and color are added to the picture.
The content of visual information—for example, the density and direction of the lines—determines how much of our attention a visual stimulus grabs. Studies have shown that a high density of lines, for example, grabs our attention in what is known as bottom-up orienting.

The brain’s orienting network selects important, behaviorally relevant information from what we see, hear, and touch. Imagine walking down Shanghai’s Bund in the cool evening air. As we gaze across the river at the Pudong District’s glowing skyscrapers we choose to shift our attention from skyscraper to skyscraper. This is called goal-directed, or top-down orienting.

Comments Off on How the Brain Processes Images