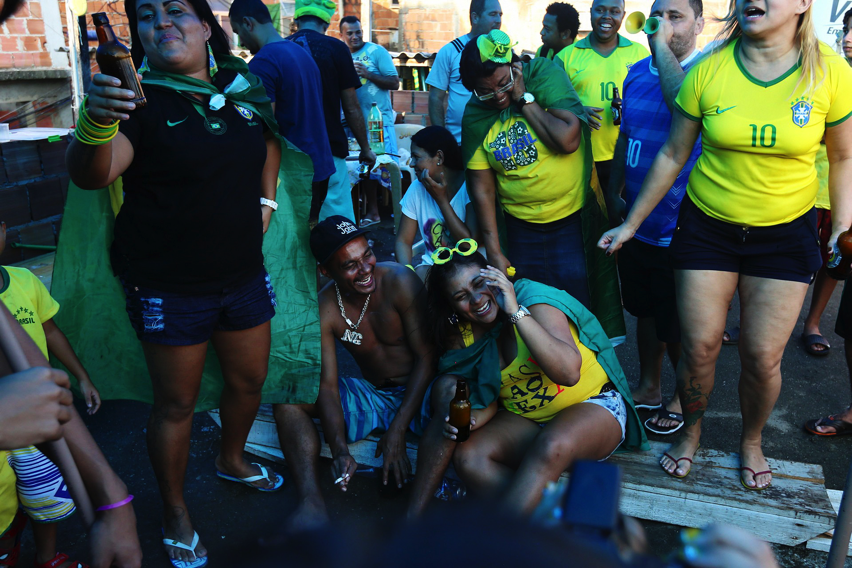 Jane Stockdale‘s ability to translate emotions in this series is incredible! From Watching the World Cuprvia creative boom

BRAZIL IS SYNONYMOUS WITH FOOTBALL. Even so, no one knew what to expect. Massive street protests during last year’s Confederations Cup revealed frustration with stadium spending and a deep-rooted desire for change in the country. This year, the authorities braced themselves for more. But when football fans from all over the world arrived, Brazilians threw away their troubles and set about hosting one of the happiest, most exciting World Cups ever.

Football is unpredictable, full of shocks and surprises. Yet no one could imagine what would happen. This was a tournament unlike any other, where the world witnessed the much-loved host country live out a sporting nightmare, and where three previous World Champions were eliminated in the first round.

What was it like to follow the action in Brazil? From a farm to the favelas, beach to an A+E department – this photo essay brings you the story of Brazilians and fans from all over the world as they live the agony and ecstasy of the 2014 Brazil World Cup.