The History and Stress Science of Roller Coasters 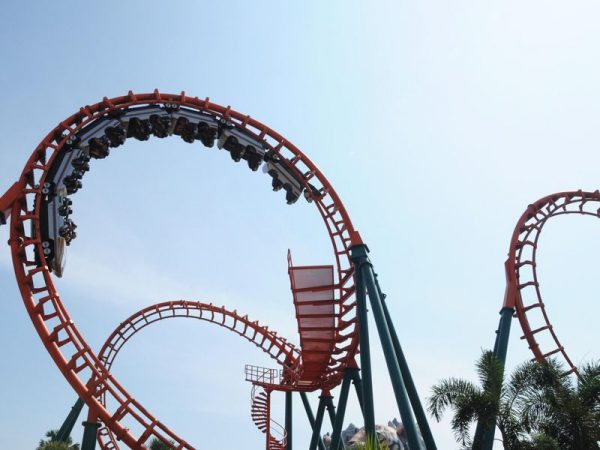 They are extremely terrifying and Final Destination 3 did not help.

So here, as explained by Smithsonian, is the history and psychology of roller coasters and why they are alluring.

Perhaps the draw of roller coasters is the enjoyment of the visceral sensation of fear itself, much like watching a horror movie. Physical signs of fear such as a pounding heart, faster breathing and an energy boost caused by the release of glucose are known collectively as the “fight-or-flight response.” We know that a roller coaster ride is likely to trigger this response thanks to researchers who measured the heart rates of riders on the double-corkscrew Coca Cola Roller in 1980s Glasgow. Heart beats per minute more than doubled from an average 70 beforehand to 153 shortly after the ride had begun. Some older riders got uncomfortably close to what would be deemed medically unsafe for their age.

In another adrenalin-boosting pastime, novice bungee jumpers not only reported increased feelings of well-being, wakefulness and euphoria just after completing a jump, they also had raised levels of endorphins in the blood, well known to produce feelings of intense pleasure. Interestingly, the higher the levels of endorphins that were present, the more euphoric the jumper reported feeling. Here, then, is clear evidence that people enjoy the sensations that accompany the fight or flight response within a non-threatening environment.

And yet, paradoxically, these bungee jumpers also showed increased levels of the hormone cortisol, known to increase when people experience stress. How, then, can a person simultaneously experience stress and pleasure? The answer is that not all stress is bad. Eustress – from the Greek “eu”, meaning good, as in euphoria – is a positive kind of stress that people actively seek out.

Comments Off on The History and Stress Science of Roller Coasters