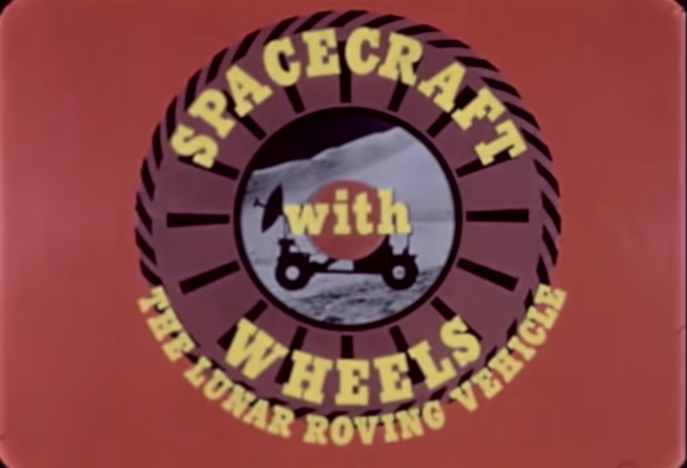 In the video below the un-credited narrator details the making of the Lunar Roving Vehicle – the storied “moon buggy” of which we left three behind on the surface of the moon and the Qualification Test Unit seen in the footage is now on display at NASM in DC. The first couple minutes show some of the inspiration leading up to the LRV including what are apparently some other designs that were possibly considered. There’s wheel & vibration testing footage, as well as an explanation for how the buggies were crated, transported, and installed for spaceflight. And lots of great one-liners like “skilled and detailed handcrafting was involved in many of the L-R-V components.”

The Lunar Roving Vehicle (LRV) was an electric vehicle designed to operate in the low-gravity vacuum of the Moon and to be capable of traversing the lunar surface, allowing the Apollo astronauts to extend the range of their surface extravehicular activities. Three LRVs were driven on the Moon, one on Apollo 15 by astronauts David Scott and Jim Irwin, one on Apollo 16 by John Young and Charles Duke, and one on Apollo 17 by Gene Cernan and Harrison Schmitt. This archival video chronicles the early history of that program as well as its deployment as part of the Apollo 15 mission.