Meet Alyssa Carson: This 17-Year-Old Girl Could Be The First Human On Mars 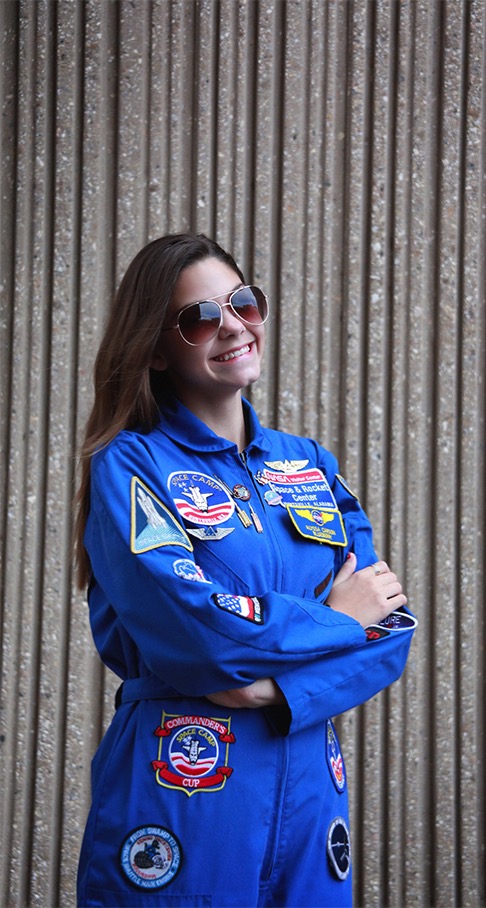 While some online resources may have overstated Alyssa’s association with NASA (as documented by the weekly standard), Her dedication to being one of the first humans to step foot on Mars is inspirational! Via Tech Times

NASA’s youngest astronaut is determined to be the first human to step foot on Mars in the mission slated for 2033, by which she would already be 32 years old. While not yet officially an astronaut until she’s 18, Carson is already training for the big mission ahead.

Lifelong Dream
In an interview with ABC 7 News’ WJLA, Carson said she fell in love with the whole idea of space when she was only 3, with the TV show The Backyardigans featuring an episode called “Mission to Mars.” At age 7, she then started her journey at a NASA space camp in Huntsville, Alabama.

“My dad had to go through everything with me. It was the best weekend of my life,” Carson said.

She saw a life-size rocket, returned 18 times. At age 12, she became the first person in history to attend all three NASA space camps held in Huntsville, Quebec in Canada, and Izmir in Turkey. Carson even had an official call sign or a nickname used by mission control to talk to talents, and it was Blueberry, she told Teen Vogue.

The Mars mission anticipated in 2033 will use the Space Launch System or the SLS rocket and the Orion spacecraft.

The current technology estimates a six-month journey to the red planet, where they will stay for more than a year to await the planets’ alignment, and then another nine-month trip back. Carson is bracing for a two- to three-year mission ahead.

See more and check out more from Alyssa’s website below!

Ever since she was a little girl, Alyssa Carson has had her heart set on the stars. At only 3 years old, she told her father, “Daddy, I want to be an astronaut, and be one of the people that go to Mars.” He had no idea that this seemingly offhand statement would actually become the birth of a meaningful lifelong endeavor.

At just 16 years old, Alyssa’s list of accomplishments include witnessing 3 Space Shuttle launches, attending Space Camp 7 times, Space Academy 3 times, Robotics Academy once, youngest to graduated Advanced Space Academy, and multiple Sally Ride Camps. In 2012 and 2013, she furthered her education at Space Camp Turkey and Space Camp Canada, becoming the first person to attend all three NASA Space Camps in the world. Alyssa is also the first and only person so far to complete the NASA Passport program, visiting all 14 NASA Visitor’s Centers stretching across 9 states. In January 2013, NASA invited her to be on the MER 10 panel in Washington DC to discuss future missions to Mars live on NASA TV. She was later selected as one of seven ambassadors representing Mars One, a mission to establish a human colony on Mars in 2030. In October of 2016 Alyssa was the youngest to be accepted and graduate the Advanced Possum Academy, officially making her certified to go to space and an astronaut trainee.

More than anything, Alyssa is driven by an insatiable desire to live life to the fullest; to break through the ceiling of possibility and make a positive and lasting impact on the world.

See more!  and check out Alyssa’s profile on Mars One!