Look up Tonight! Mars Will Be Shining Bright #Space #Mars 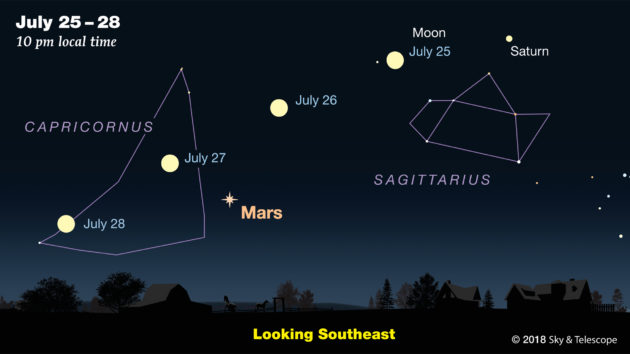 Mars is passing closest it to earth since 2003. Each night Earth and Mars will be getting closer and closer culminating on July 31st when the two planets will be ~36 million miles apart.

Right now Mars appears especially big and bold in the night sky. Its peak brightness, as measured with the magnitude scale used by astronomers, will be –2.8. This means Mars appears twice as bright as Jupiter, which is also prominent now in the southwestern evening sky, and it will continue to outshine Jupiter until the first week of September.

“When you first spot Mars rising in the east after sunset, you’ll be startled by how bright it looks,” notes Diana Hannikainen (pronounced huhn-ih-KY-nen), Sky & Telescope’s Observing Editor. “Its pale orange color is unmistakable.” In fact, Mars really has a reddish-orange hue, caused by rust-colored iron oxides on its surface. 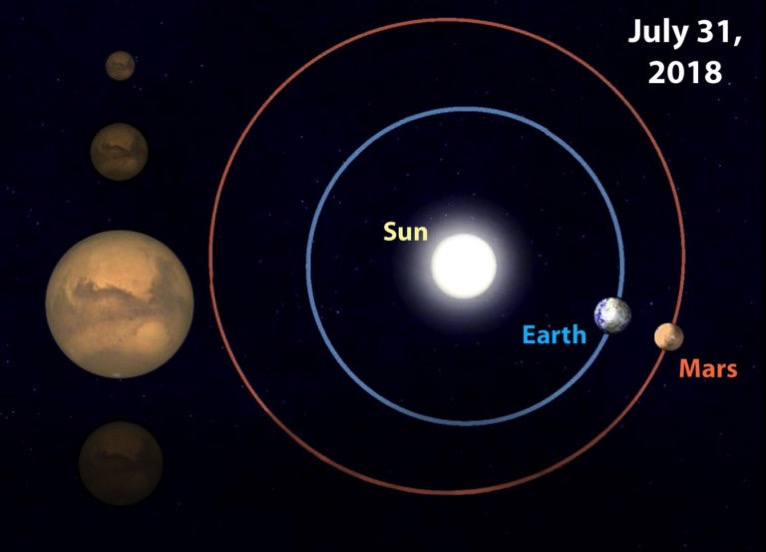 In the sky, Mars is positioned in southern Capricornus, the zodiacal constellation that’s often represented as half goat and half fish. Owing to Earth’s faster orbital motion, for the next month Mars will slowly glide in a retrograde (westward) direction among the stars, toward Sagittarius.

Comments Off on Look up Tonight! Mars Will Be Shining Bright #Space #Mars