Light-Controlled Polymers Can Switch Between Sturdy and Soft 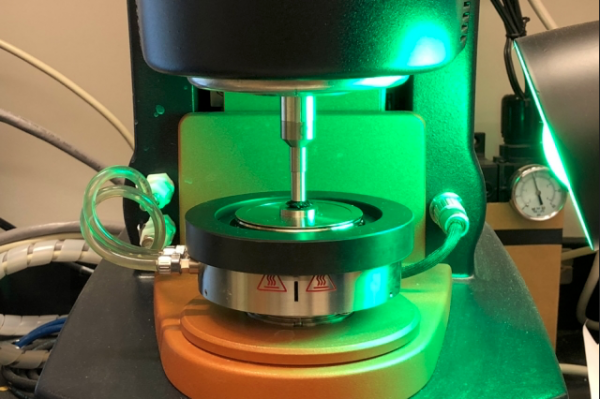 MIT researchers have designed a polymer material that can change its structure in response to light, converting from a rigid substance to a softer one that can heal itself when damaged.
“You can switch the material states back and forth, and in each of those states, the material acts as though it were a completely different material, even though it’s made of all the same components,” says Jeremiah Johnson, an associate professor of chemistry at MIT, a member of MIT’s Koch Institute for Integrative Cancer Research and the Program in Polymers and Soft Matter, and the leader of the research team.
The material consists of polymers attached to a light-sensitive molecule that can be used to alter the bonds formed within the material. Such materials could be used to coat objects such as cars or satellites, giving them the ability to heal after being damaged, though such applications are still far in the future, Johnson says.