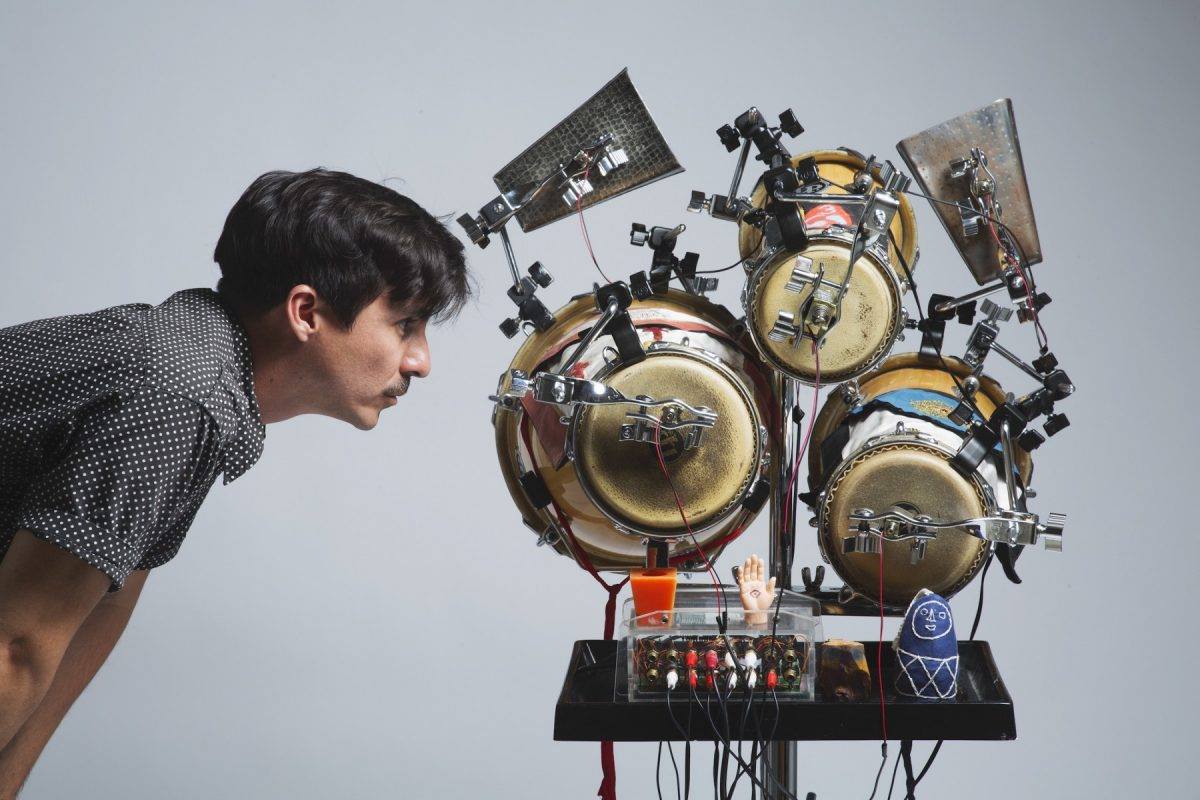 This looks like a cool music event one month from today coming to the Knockdown Center in Queens, NYC:

Robot, teach us to Pray is a sound performance by composer and robotics developer Efrain Rozas with his robotic percussive sculpture. The robot, coded and built by the artist, recognizes human movements and generates rhythmic patterns in real time. The robot’s percussive patterns are generated by an algorithm and a software developed with a logic that draws from Rozas’ Latin American music background and his personal concepts of time. Through the performance, Rozas’ relationship with the robot becomes a means to create a personal ritual.

Robot, Teach us to Pray is the third and last installment of Myth and Prosthesis, a series of sound installations and performances by Rozas. The series explores new possible paradigms in the relationship between technology, culture, body, and cognitive processes. It also asks what cosmologies, epistemologies, and mind/body concepts are represented in new technological prostheses.

This project was developed with the support of The New York State Council on the Arts/Wave Farm and Harvestworks.

Efraín Rozas is Peruvian Brooklyn based performer/composer and robotics/software developer interested in new paradigms of cognitive technologies and mythologies.

Comments Off on Robotic Percussive Sculpture Performance on Aug 30 at @knockdowncenter in Queens, NYC