TrackTalk is a new feature from the Adafruit music team. In this companion to the MusicMakers Q&A series, we invite artists to take us behind the scenes of a particular track to talk creative process, recording set up, and more. This week we feature the new single from Derbyshire’s Haiku Salut. 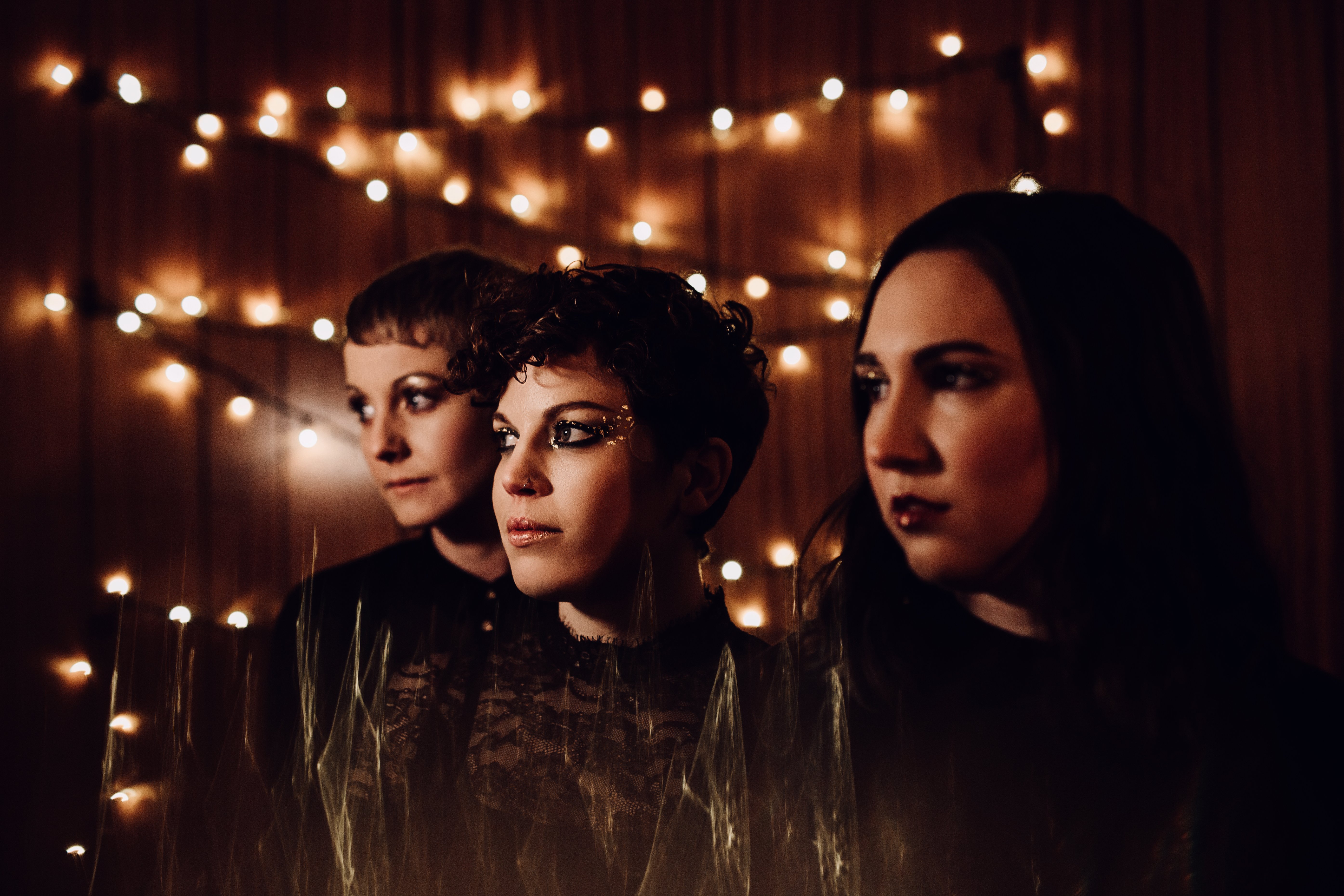 We’re so pleased to welcome Haiku Salut back to the Adafruit blog after their fabulous MusicMakers Q&A back in February. It’s great timing too as just last week we were able to feature Kayla Painter in our MusicMakers series, who we reached out to on Haiku Salut’s recommendation! Gotta love the community.

The trio are returning soon with a new album, There Is No Elsewhere, released September 7th on PRAH Recordings. So far the two lead singles have seen the band at their eclectic best, glimmering layers of folky homeiness clashing with glacial bursts of electronics and post-rock dynamics. Their music is as full of melody and surprises as ever.

The latter of these two singles, “The More And Moreness,” is perhaps the most curious of the two. Bubbling synth rhythms and looping vocal melodies blaze beneath a burst of jolting accordion. These juxtaposing elements create a gorgeously beguiling musical swell that breaks like a fever with a brass section to die for. Haiku Salut remain delightfully and powerfully unusual. There’s a lot of good reasons to be excited about the upcoming new record.

We’re still anxiously awaiting updates on ADA, the forthcoming play from Emily Hollyoake about Ada Lovelace for which Haiku Salut will be providing the soundtrack. But in the meantime, we’re very grateful to Sophie Barkerwood for finding the time to talk us through the curious origins of the latest single:

Sophie Barkerwood of Haiku Salut on “The More And Moreness”:

“The More and Moreness started life as the soundtrack for an ice-cream van on the North-West coast. We were asked to write something illuminating for a travelling art exhibit and the bones of this song are it. It used to have a whole different twinkly introduction. A dead music box, in a dreary seaside town, coming back to life. The end section with the accordion loops and the brass band were written very quickly, I barely remember how that came together. One day it wasn’t there and then it was, in all it’s moreness. The beginning of the track as you hear it now was written on Christmas Day in 2015 after acquiring some new speakers. It was hanging around for ages, we didn’t know what to do with it and didn’t recognise that the two pieces belonged together for a long time. Sometimes you just have to wait it out. It was a wonderful feeling when it all clicked into place.

The track was partially recorded at our home studio and then brought to life in Snug Recording Co in Derby. We’ve worked with Snug for a while now and they understand our quirks and foibles. Crisps and milkshakes are band from the studio. In January 2017 we travelled to a community hall in Somerset to record the brass sections with Glastonbury Brass. It was cold in there but the brass warmed our insides, it was very emotional. Brass band in winter, a feeling I can’t quite place, belonging or pride? We went for a drink with a few of them afterwards and they told us about their community. We wanted to continue the sense of belonging and solidarity in the video and decided to work with with our longtime friend and collaborator James Machin from Grawl!x. The video is an inky dark noir, we play a group of revolutionaries working together to bring an explosive change to the World. Much like the brass band, the revolution is bigger than the sum of its parts.”

If you’d like to hear a little more from Haiku Salut, dig in below:

The There Is No Elsewhere LP is available now for pre-order on PRAH Recordings.

You can keep up with any upcoming live shows from Haiku Salut here but here’s a little advance notice on their upcoming Lamp Show Tour:

For more Adafruit music editorial, check out our MusicMakers series for Q&As with artists like Frankie Cosmos, Jeffrey Lewis, Haiku Salut and more, previous TrackTalk features (feat. Trust Fund and Shay Spence), as well as the new TasteMakers series featuring Q&As with blogs and podcasters such as The Grey Estates and Stories About Music.

Comments Off on TrackTalk003: Haiku Salut – “The More And Moreness”