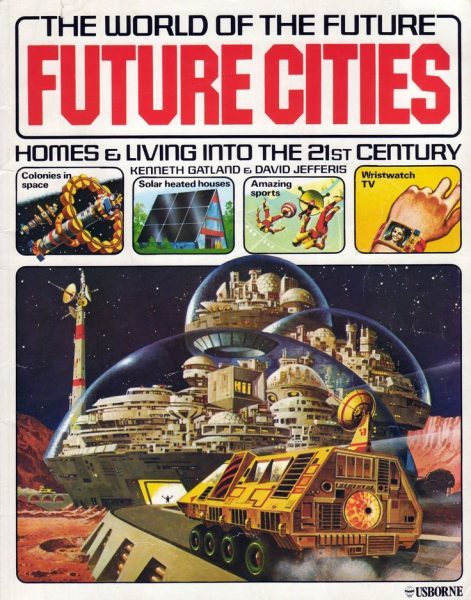 People have always imagined the future, but starting in the 20th century, these visions involved more and more technology. So says science historian Peter Bowler, author of A History of the Future: Prophets of Progress from H.G. Wells to Isaac Asimov.

You write that a lot of the novels and popular science writing during the early 20th century were concerned with the “idea of progress.” Can you expand on that?

During this period, “progress” was increasingly being seen in terms of technology. Throughout the 19th and 20th century, industrial progress was seen as very important and the sense of the future was shaped by the sense of what technology could do: rationally planned cities with your beautiful high-rises and airports on top of airports and helicopters, and all this giving people a better life.

In earlier periods, the utopian future tended to be defined in terms of the social relations put into place. But increasingly, people thought the utopian future (including these better social relations) would depend on the application of technology — which is why it was so easy for narrow-minded technophiles to focus on a particular technology which they see as going to give us all a wonderful new life.

What are some of the predictions that they made? Were the writers all technophiles? Or was there a lot of doom and gloom?

It was both. The newspapers were enthusiastic about Lindbergh flying across the Atlantic, which often led to speculations about when we’ll be able to fly, plus warnings about the dangers of aviation. Rudyard Kipling wrote about a world transformed by a peaceful use of aviation, but there were plenty of doom and gloom novels, too. H.G. Wells wrote about civilization almost wiped out in a great war and gas, and yet in his book it was still the scientists who had the technological skill to build the rationally planned world. So we did see both sides of the equation.

Comments Off on Imagining the Future