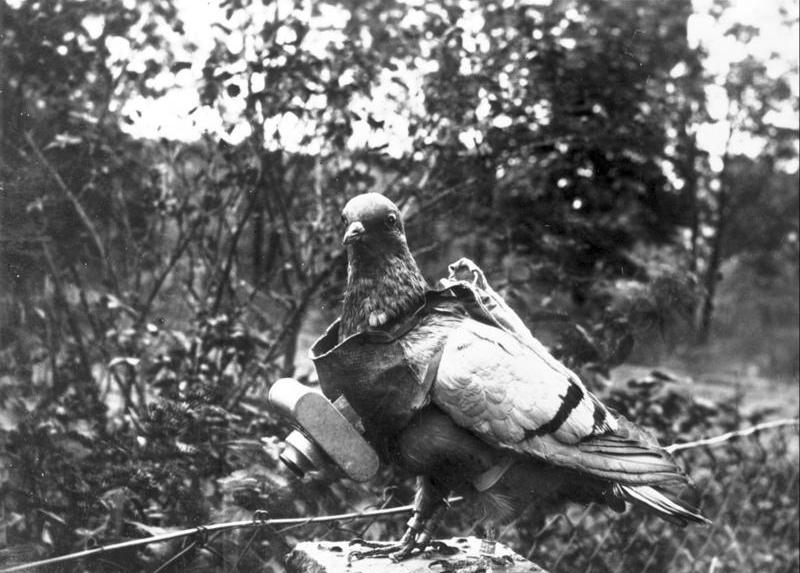 The first aerial photograph was taken in 1858 by Frenchman Gaspard-Félix Tournachon, also known by his alias Nadar, from a tethered gas balloon suspended over Paris. While the images captured on this flight have since been lost to time, there are plenty of surviving examples of aerial photographs shot during the latter half of the 19th century. In addition to balloons, kites and rudimentary rockets were used to send cameras skyward. Even Alfred Nobel was drawn to the practice, with one of his last patent applications being for a method for rocket photography. It’s hard to grasp how challenging this was at the time. We need only load up Google Earth to see our house from space, or buy a hobbyist drone to capture our own aerial panoramas. Long before satellites and quadcopters, though, Dr. Julius Neubronner started strapping cameras to pigeons.

Julius Neubronner was an apothecary, which to his time was the equivalent of a pharmacist today. It was a family business, and homing pigeons were counted amongst its employees. Just as his father had done before him, Neubronner used pigeons to send and receive medicines and messages. As the story goes, sometime around 1903 Neubronner sent one of his pigeons out on assignment only for it not to return. The bird wasn’t taken ill and preyed upon, however, eventually turning up a month later in suspiciously good condition.

Neubronner grew curious about the movement and habits of his pigeons when they were away from home, and being an avid photographer, he saw how his hobby might be useful in answering some of his questions. Inspired in part by the Ticka Watch Camera and the quality of test photos he took on a speeding train and a sled ride, he began devising his own miniature camera that could be attached to pigeons via a harness. What he ended up with was a light wooden camera and pneumatic timer that engaged the shutter at set intervals. He filed the first patent for his invention in 1907 with the German patent office and its counterparts in France, Austria and the UK. The German bureau initially refused to grant it, believing what he described to be impossible. A camera was far too heavy for a bird to carry. This changed the following year when Neubronner provided the patent office with photographic proof from his flying friends.

Comments Off on Early Drones: Pigeons With Cameras