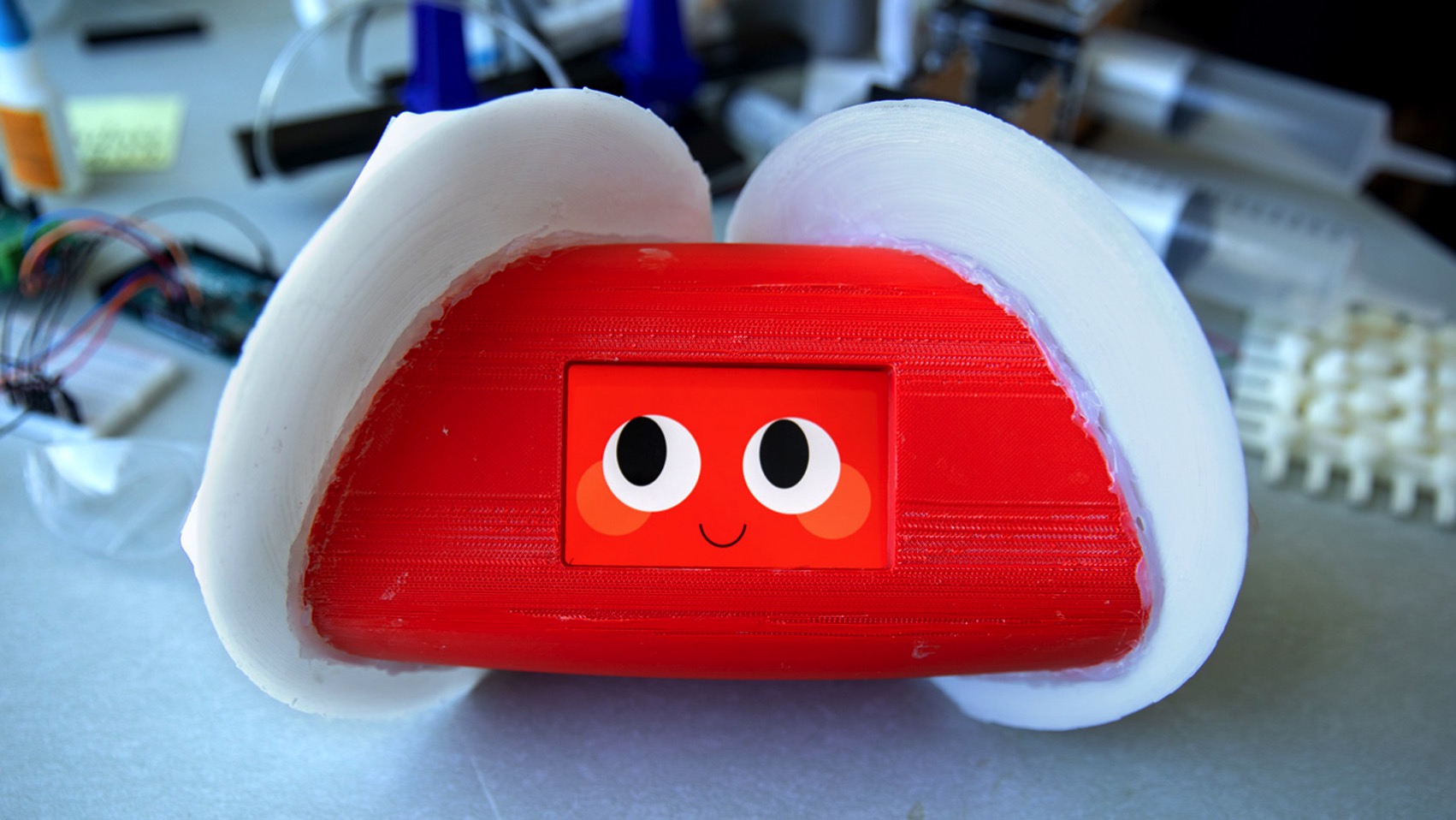 This robot from Cornell University expresses emotions through its skin. This clever project shows a new way for robots and humans to communicate.

Cornell University engineers have made a robot that gets goosebumps or becomes spiky to communicate its internal state.

A product of the university’s Human-Robot Collaboration and Companionship Lab, the prototype robot has a soft outer “skin” that exhibits different textures depending on what it wants to tell the person interacting with it.

The engineers were inspired to create the skin based on their observations of how humans interact with other animal species, reading visual and haptic cues for information on the creature’s mental state.

“Robots could be thought of as one of those ‘other species’, not trying to copy what we do but interacting with us with their own language, tapping into our own instincts.”

The team engineered the robot’s stretchy skin to change texture when air is pumped into elastic cavities embedded under the surface of the material.

The expressive skin is made up of multiple sheets of these air pockets, allowing many textures to be generated in various patterns. To mimic animal behaviours, the engineers chose goosebumps and spikes for the prototype.