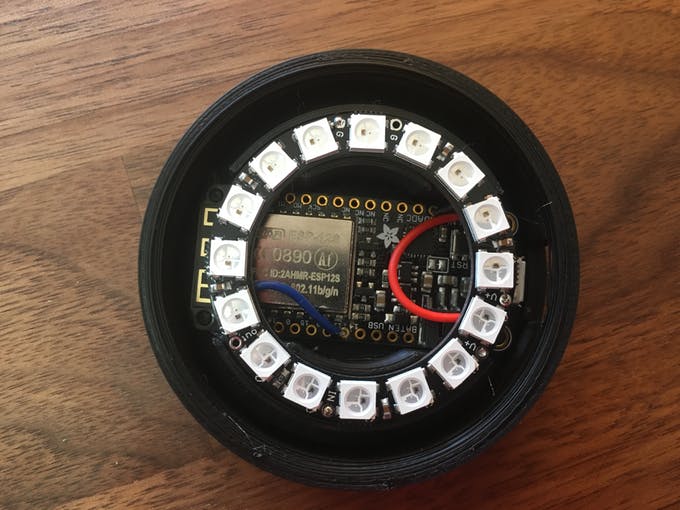 High school student and maker Miles Nash built this impressive ‘3D Printer Host‘ for checking in on the status of his 3D-prints with the aid of Alexa as well as a Feather HUZZAH with ESP8266 coupled with a LED ring for visual status indication; a Pi 3 Model B is running OctoPrint and provides the status updates of the printer host.

Check out the description below and the full project here on Hackster! 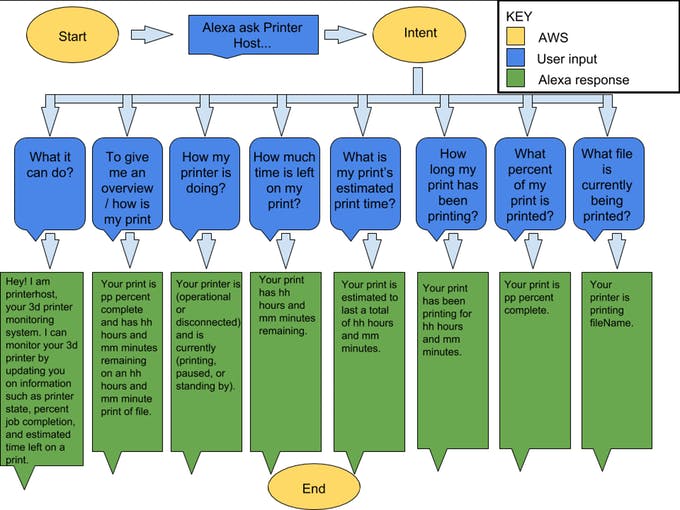 When I start a 3D print I don’t sit around waiting for it to finish so I can start another one, I get up and do something more productive. This though, can sometimes lead to problems like me forgetting whether or not my printer is currently printing or wondering how much time it will be until I can start another print. The desire to be able to remotely monitor my print led me to OctoPrint, a program which when loaded onto a raspberry pi and connected to a 3D printer lets the printer be controlled and monitored from a website. Though this helped, I wasn’t a fan of having to pull out my phone every time I was curious of my 3D printer’s state. So, I made it even easier for myself to check on my printer by creating what I call 3D Printer Host.

3D Printer Host is a do it yourself electronic device created with a wifi enabled Adafruit Feather, a Neopixel ring, and a 3D printed enclosure. The device connects to OctoPrint via its API and the wonderful OctoPrint API library for Arduino. It displays the print’s progress as well as state on the Neopixel ring. The 3D Printer Host also connects to Alexa via Thingspeak and a custom skill which allows a user to ask Alexa about many aspects of their printer and find details about any current print. Though the way in which this device functions may be confusing, it is all easily explained in the following diagram. 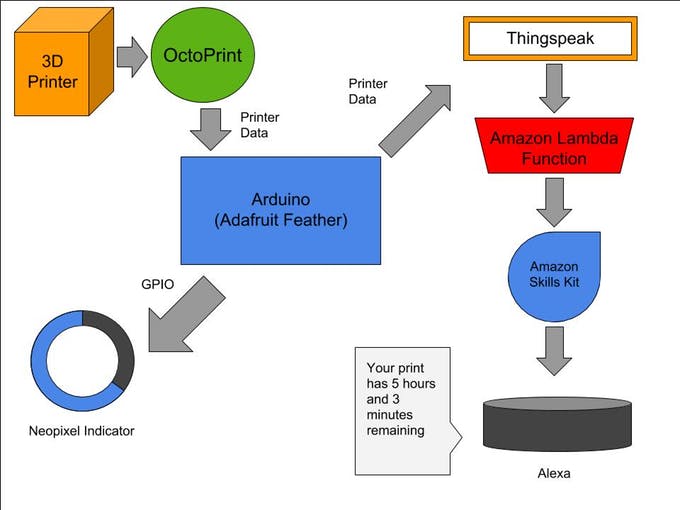 3D Printer Host is a do it yourself electronic device created with a wifi enabled Adafruit Feather, a Neopixel ring, and a 3D printed enclosure. The device connects to OctoPrint via its API and the wonderful OctoPrint API library for Arduino. It displays the prints progress as well as state on the Neopixel ring. The 3D Printer Host also connects to Alexa via Thingspeak and a custom skill which allows a user to ask Alexa about many aspects of their printer and find details about any current print.