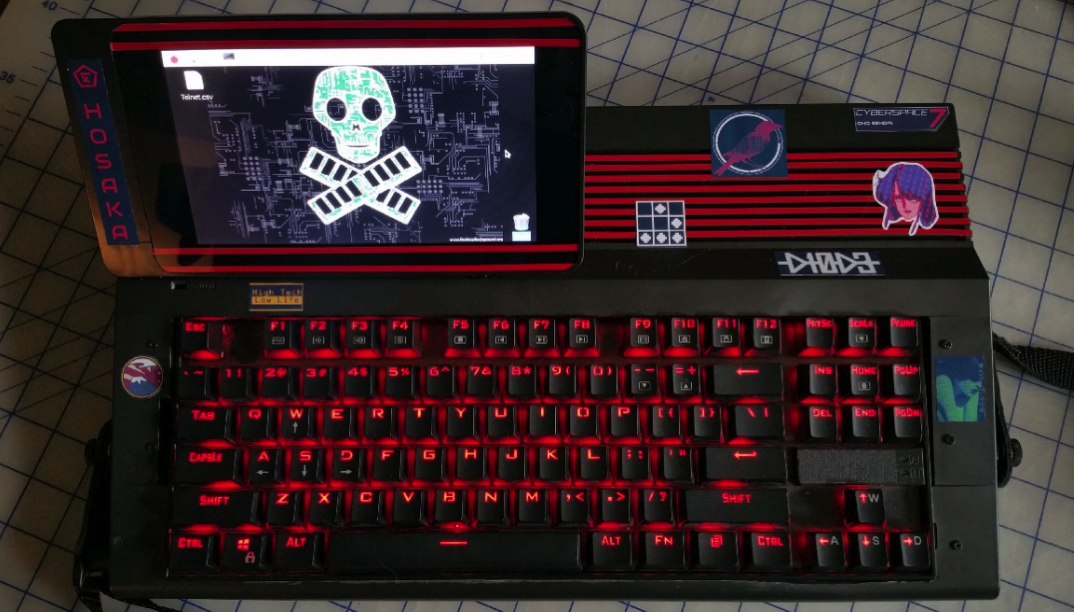 Cyber-Punk update to a Commodore 64 using the Raspberry Pi!

In the 1980s, William Gibson’s Sprawl trilogy, and Neuromancer in particular, captured the imaginations of technology enthusiasts around the world and practically invented the cyberpunk genre along the way. Gibson concocted a number of new technological devices for his world, but the cyberdeck is one of the fan favorites. That fandom has led to a thriving cyberdeck maker scene, and some builds like this Ono Sendai Cyberspace 7 really stand out.

Attached to the top of the Commodore 64C case is a Raspberry Pi 3 Model B+, and the display is an official Raspberry Pi 7″ touch screen. A large 10,500 mAh battery and carrying strap make it possible to hack the matrix on the go (no, not THAT matrix). If you want to experience some of the magic of the world Gibson introduced in Neuromancer, this is an awesome cyberdeck to emulate.

Learn more and check out the original reddit thread!