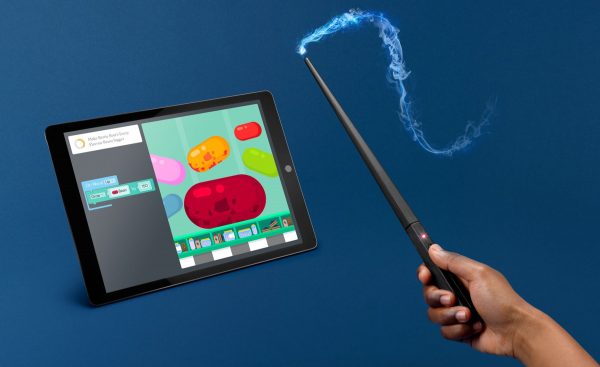 “The original purpose of Kano was to take these sealed devices and let people interact with them creatively and understand how they work,” Kano founder and chief executive Alex Klein said. “Now we’re attempting to do the same with Hollywood. We’re taking these sealed narratives, and these universal characters, and letting people manipulate them creatively.”

Once the wand has been assembled, you’ll need a Mac, PC, iPad or Android tablet to run the companion Harry Potter coding app. The design and functionality are similar to the existing Kano app, and Klein confirmed that the two versions will be merged eventually. You start by creating a profile and customizing a small wizard avatar with different clothes and glasses. You then traverse the wizarding world — the top-down perspective looks a bit like the Marauder’s Map — completing tasks in iconic locales such as Hogsmeade, Diagon Alley, the Forbidden Forest and, of course, Hogwarts.