“On a seafood diet? See food, eat it!” Check Out this Light-Up NeoPixel Sushi Serving Board with Interactive Pun-tastic Fish Eye Switch! 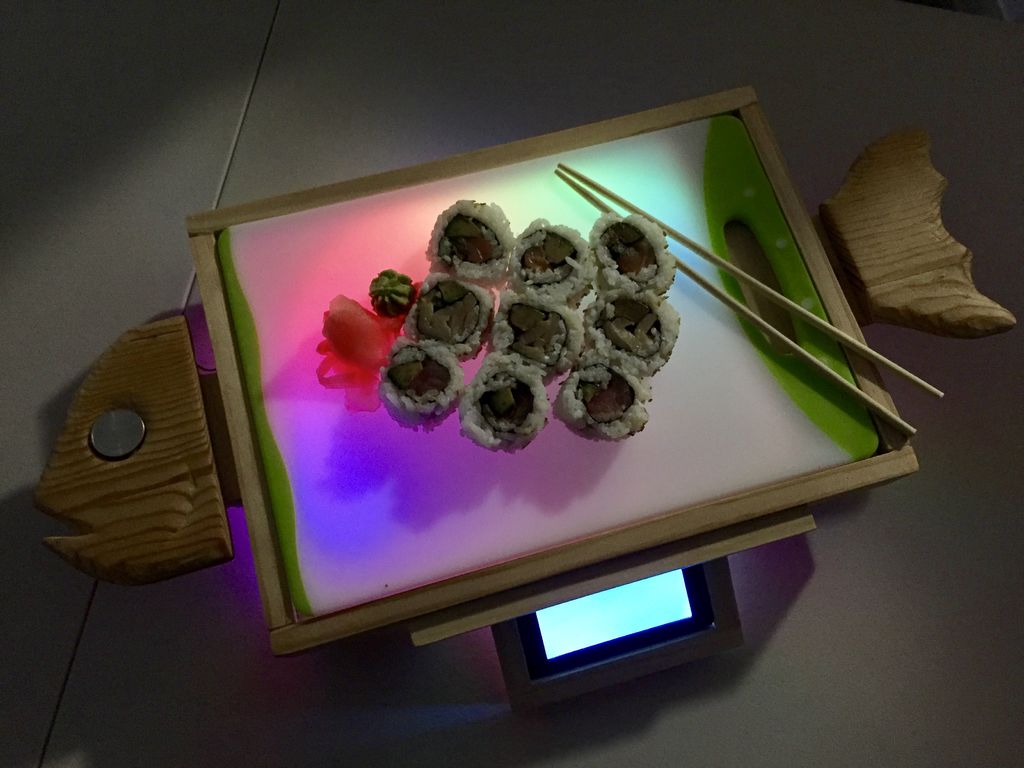 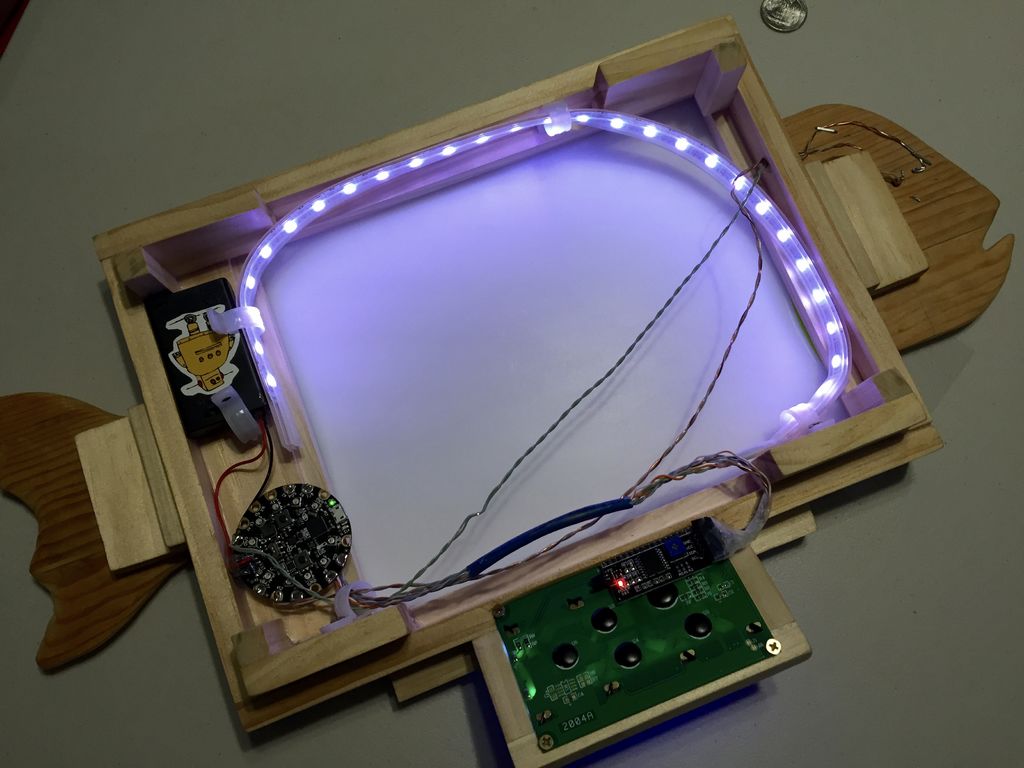 TL;DR: Play with your food!

Check out the complete project – and code – here on Instructables.

So a random (random, not odd, though one of many) thought came across my mind. How would have Steve Jobs liked his sushi served? On an iPad platter? The movement of the sushi pieces would probably be sensed as touch input and disrupt the HD clip of flowing waters on the Retina display below ruining the whole experience though.

To keep it simple, how about a translucent cutting board lit up from below for some kind of light show. It would be more advanced than the all white 2001-esque light up counter space at a retail store.

I’ve got an Adafruit Circuit Playgroud already wired up to a small strip of Neopixels. Any Arduino or microcontroller with LED strips could do. I also have a 4×20 LCD text display so I might as well throw that in. It is programmed to display some humourous quips and give a few beeps for entertainment along the course of the meal.

I could also implement the capacitive touch capability of the Circuit Playground board to choose which light animation to run. Instead of a press switch that could get contaminated with food, how about a touch pad or surface that can be wiped clean/sanitized and much better in compliance with NSF food handling guidelines. Since I was using the capacitive touch on the end of a long wire away from the touch pin on the board, adjusting the threshold for sensitivity did not make for consistent sensing. I ran a ground wire out to the fish head so you can touch that and the capacitive sense at the same time to get a more consistent capacitive touch sensing.

I am just running a few basic animations and rainbow color transitions from the standard Strandtest demo code for Neopixels. The lights are pretty mellow and suited for sushi but I could always load up a Fire flame effect sketch if this was for a red hot cast iron skillet fajita serving tray.

Comments Off on “On a seafood diet? See food, eat it!” Check Out this Light-Up NeoPixel Sushi Serving Board with Interactive Pun-tastic Fish Eye Switch!