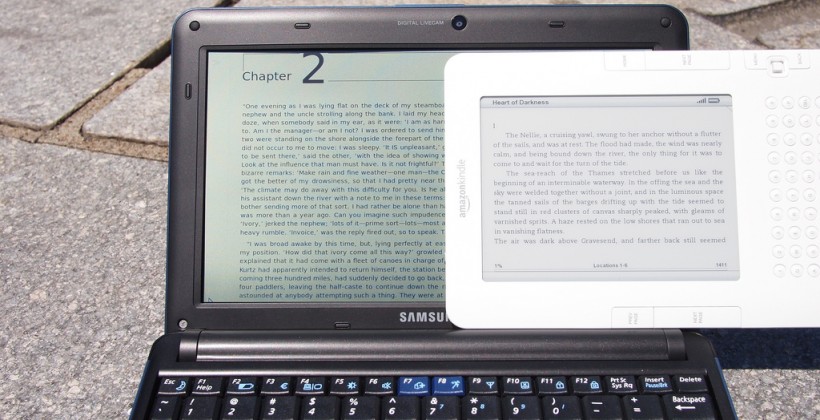 A good story from Goodreader.com about history of the revolutionary Pixel Qi display:

Pixel Qi was a company that started right at the cusp of the e-reader revolution. It was started by 2008, one year after the original Kindle was released. Mary Lou Jepsen is the engineer and designer of the Pixel QI technology.

The Pixel Qi screen tech was innovative in a few different ways. The main advantage of Pixel Qi e-paper displays over conventional LCDs is mainly that they can be set to operate under transflective mode and reflective mode, improving eye-comfort, power usage, and visibility under bright ambient light. Existing factories can easily produce this screen tech without any additional equipment.

It had the unique ability to increase your battery life by more than 50% through its ability to be completely functional in direct sunlight by simply turning off the display backlight which is not needed.

The Pixel Qi was deployed in some e-readers and a tablet. 3M was a heavy investor and the company hoped to provide ruggedized technology to the military but the contracts never materialized. With the loss of their fab in 2013, the company shut down.

The article goes on with a history of various forms of ePaper and the legacy of Pixel Qi:

Pixel Qi played a pivotal role in the evolution of the modern e-reader industry. They released four million products globally and had some major industry partners willing to try their technology out. They helped shaped what would become the entire tablet industry.