DBAArcade took a 1959 Gottlieb Mademoiselle pinball machine and upgraded it with modern components and a modern theme. The upgrades include VFD tubes, laser-etched and custom artwork, schematic symbols, Teensy 3.2 & 3.6, a Pi 3, and yes, strobe lights, NeoPixels, lasers and fog machines (see video below). The machine went from this (on the left) to that (on the right): 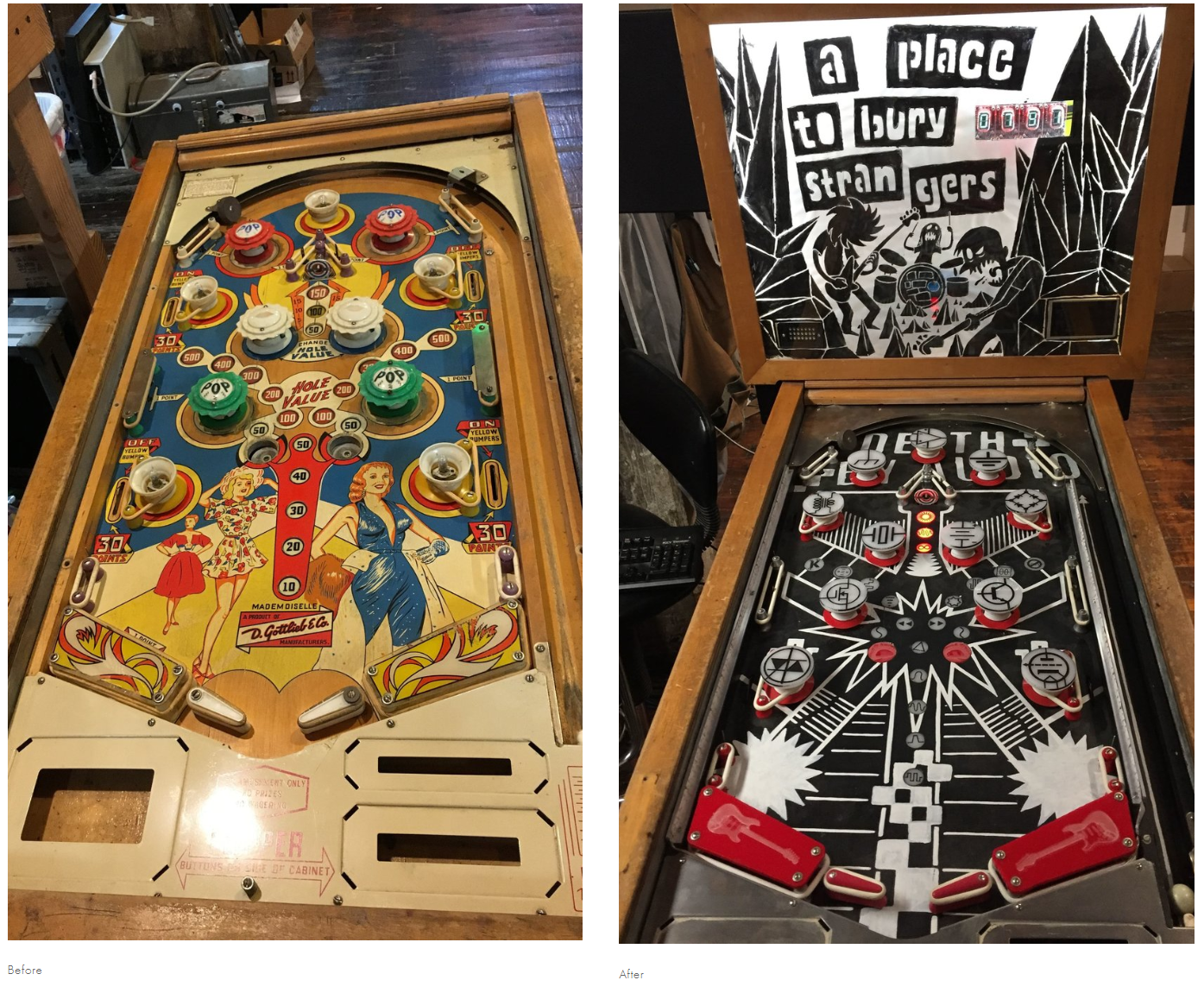 They also wrote a blog about the process of both acquiring the machine and building it over a couple years.

In 2014 I took a trip to the Silverball Pinball Museum in Asbury Park, NJ. It’s a great collection of pinball machines, dating back to the 1950’s. There are also a lot of rock-and-roll themed pinball machines like Kiss, Metallica, and AC/DC. Around this time, Death By Audio was closing and my roommate Oliver’s band, A Place To Bury Strangers, were gearing up to play the final show. In 2009, APTBS was branded “the loudest band in New York” and their shows consisted of a bunch of projectors pointed at the audience, lasers covering the walls, fog machines that obscured most of the stage, and an encore that usually involved Oliver smashing his guitar in front of a gigantic strobe light. All in all, their performances were a sensory overload of sound and light and I thought “this would be the perfect theme for a pinball machine.”

Before the project even started, I knew the pinball machine would have strobe lights, lasers, and a fog machine. I also knew it would need a sound system capable of competing with a Marshall half stack. This was all just a pipe dream until September 2016….