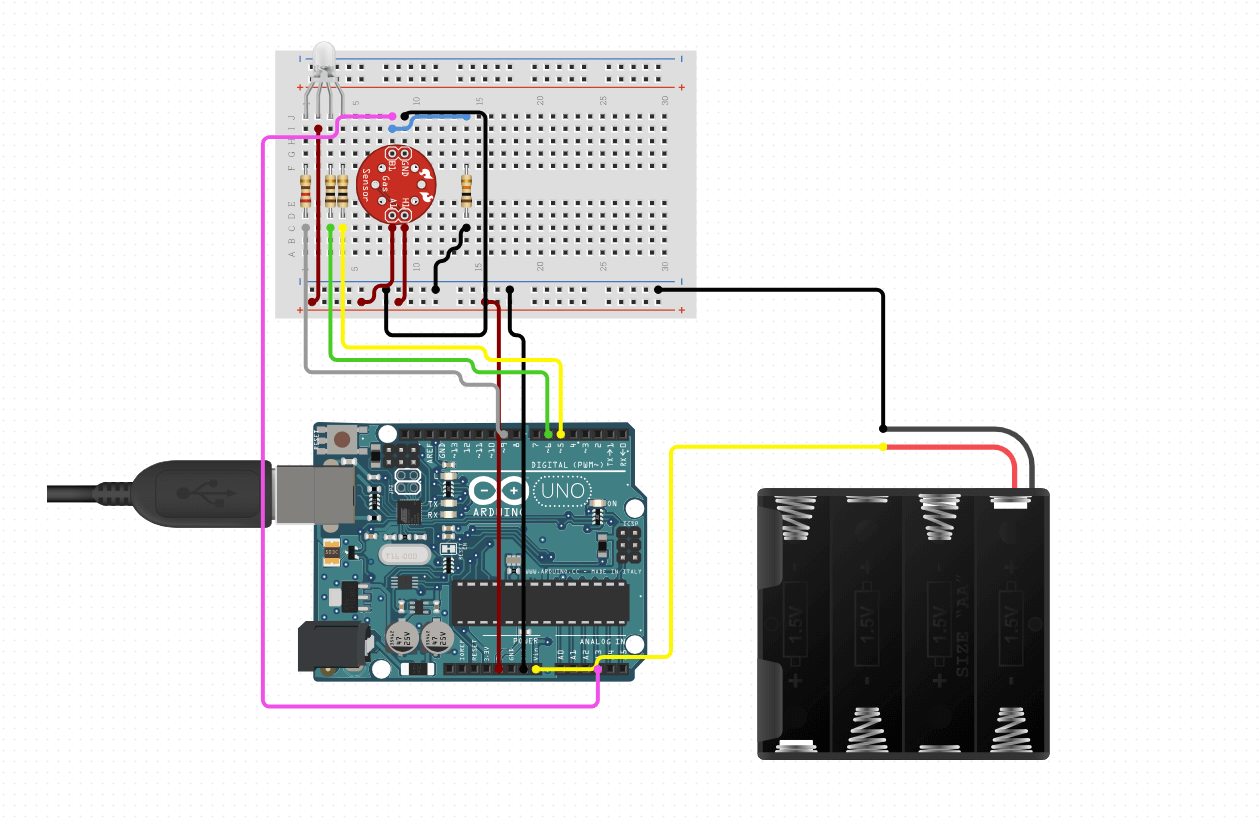 Circuit.io have a fun and simple carbon monoxide detector project built using the analog MQ-7 sensor from Sparkfun, along with a small assortment of other common components. The response of the sensor is fast and the results of the difference between an open-air green space like a park and the area adjacent to busy car lanes is shocking-not-shocking:

Living in cities is convenient in many ways such as high-quality public services such as healthcare and education. However, for all the advantages offered by city living, it has not come without its own costs. Pollutant levels such as Carbon Monoxide in urban environments are sometimes unacceptably high. In many heavily urbanized areas, particularly in the developing world such as China, India and Brazil, carbon monoxide detectors often register levels many times higher than accepted ‘safe’ levels.

Note: the video shows an older version of circuito.io. The app has changed a lot since then

Unfortunately, this is by no means a problem exclusive to the developing world, with many major cities as far afield as Singapore, Seoul, London, New York and Los Angeles also regularly experiencing unsafe Carbon Monoxide levels.

As with any problem, the first step to overcoming it is to understand the nature and scope of the problem. And it is with that goal in mind that we developed The Red Balloon Air Pollution Detector, to help people monitor air pollution levels in their local environment.