15 Years Since the 2003 Northeast Blackout 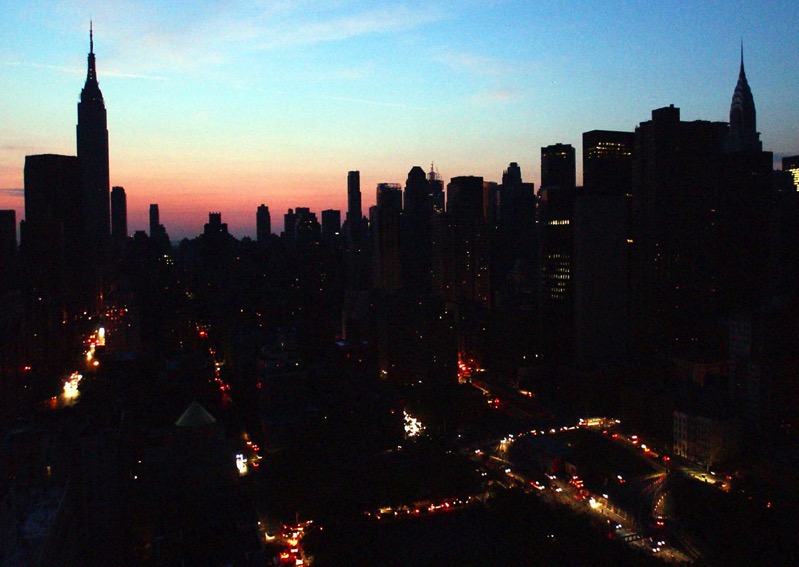 The Atlantic remembers the epic Northeast blackout of 2003 with a great series of photos.

I was still a kid living in the NYC suburbs at the time where we also lost power. My mom was afraid we would burn the house down if we tried to use candle light and we were told to only use the flashlights we did have only if you really needed it (so no staying up reading in bed). That was probably the last time in my life I went to bed at 830pm! My Dad got stranded on his commute home and finally made his way through the door at around 3am, he somehow managed to hitch a ride from Jersey City. Can’t believe that was 15 years ago!

On August 14, 2003, a series of faults caused by tree branches touching power lines in Ohio, which were then complicated by human error, software issues, and equipment failures, led to the most widespread blackout in North American history. More than 50 million people across eight northeastern U.S. states and parts of Canada were left without power for at least 24 hours, and many of them were in the dark for weeks. In New York City, thousands of commuters were stranded when the power cut out late on a Thursday afternoon. Memories of the 9/11 attacks only two years earlier were fresh in people’s minds as scenes of thousands of people evacuating Manhattan on foot were replayed.

Comments Off on 15 Years Since the 2003 Northeast Blackout