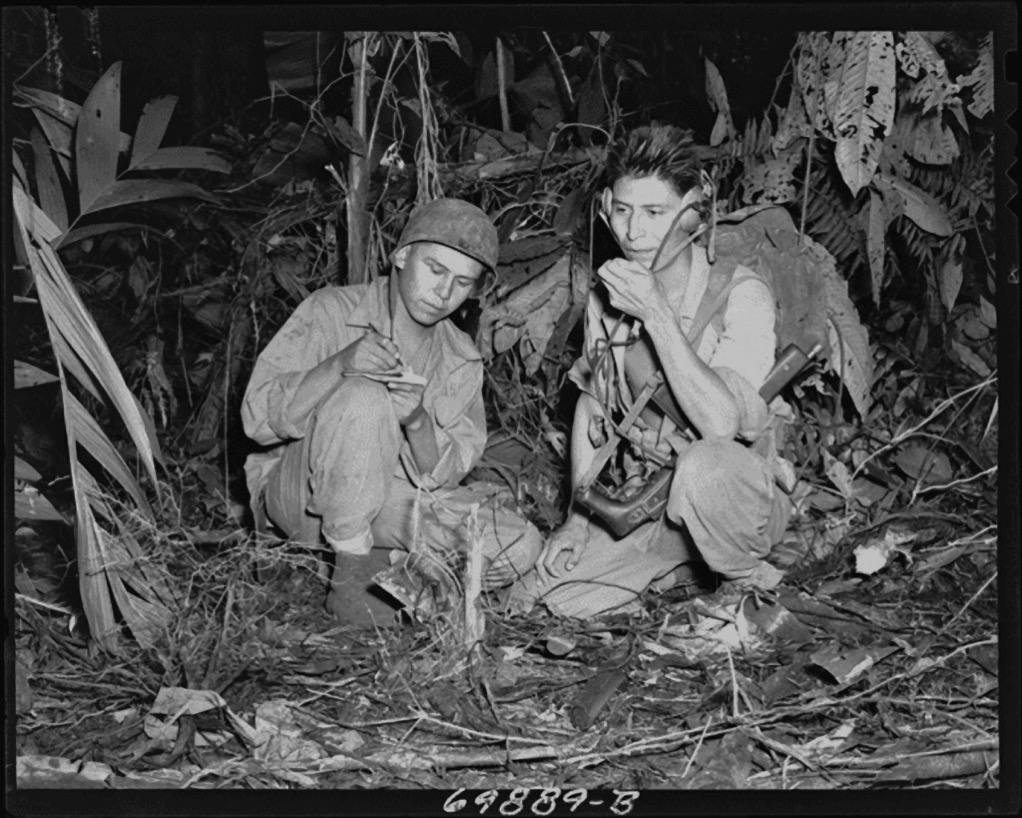 In 1982, August 14th was declared to be National Navajo Code Talkers Day. One of the Navajo code talkers, Pfc. Samuel Smith, now 86, was 14 years old when the Japanese bombed Pearl Harbor, Via PBS

During World War II, the Japanese had expert English speakers who could intercept U.S. troop communications over telephones and radios to detrimental effect. So the armed services began using American Indian troops to send secret battle communications in their native language.

Because of its potential postwar use, the complicated code wasn’t declassified until 1968.

About 400 Navajo code talkers were trained in Marine operations between 1942 and 1945, according to the Defense Department. About 50 are still alive with many living in the Navajo Nation Reservation spanning Arizona, New Mexico and Utah.

One of the Navajo code talkers, Pfc. Samuel Smith, now 86, was 14 years old when the Japanese bombed Pearl Harbor on Dec. 7, 1941. He wanted to enlist at that point, he said, but had to wait two years.

Smith served with the 4th Marine Division, and the other code talkers were scattered throughout the division, working where needed, he said. “We were just like a scout, we served all purposes.”

Twenty-two years after the war ended, the code talkers were given public recognition, and they have been explaining their role ever since. In all, 16 tribes served in the Army, Marines and Navy.

Listen to Smith’s description of the code talkers’ role