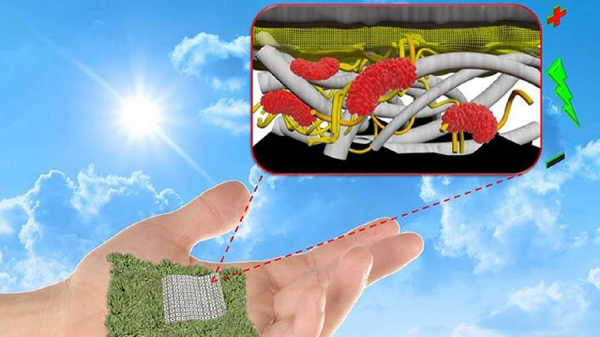 Scientists at Binghamton University – State University of New York (SUNY) have created a biodegradable, paper-based battery that is more efficient than previously possible. For implantable devices, it is important to have batteries that work inside the body and eventually disintegrate. Although this new battery wasn’t directly designed for medical applications, it has potential application in medical implantable devices, where electrically powered devices need to perform limited tasks and they don’t have to be removed after the job is completed.

For years, the scientific community has been excited about the possibility of echo-friendly paper-based batteries as an alternative to regular batteries. The proposed designs, however, were never quite robust enough, they were hard to produce and there were questions about their biodegradability.

This new design solves all of those problems.

Working together in the project were: associate Professor Seokheun “Sean” Choi from the Electrical and Computer Engineering Department and Professor Omowunmi Sadik from the Chemistry Department. Choi designed the paper-based battery, while Sadik made the battery a self-sustaining biobattery.

“There’s been a dramatic increase in electronic waste and this may be an excellent way to start reducing that,” said Choi. “Our hybrid paper battery exhibited a much higher power-to-cost ratio than all previously reported paper-based microbial batteries.”