Inside the die of Intel’s 8087 coprocessor chip, root of modern floating point 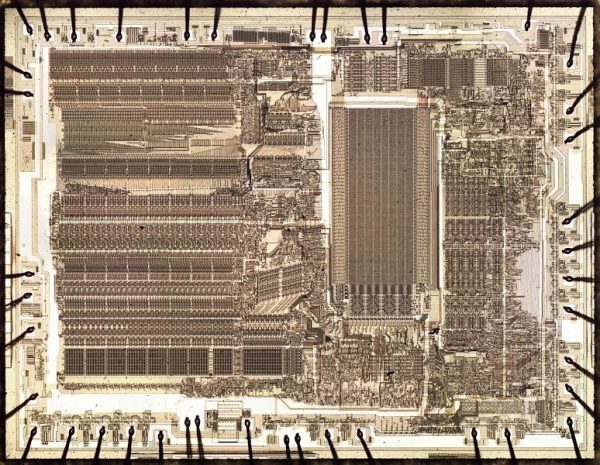 Intel introduced the 8087 chip in 1980 to improve floating-point performance on 8086/8088 computers such as the original IBM PC. Since early microprocessors were designed to operate on integers, arithmetic on floating point numbers was slow, and transcendental operations such as trig or logarithms were even worse. But the 8087 co-processor greatly improved floating point speed, up to 100 times faster. The 8087’s architecture became part of later Intel processors, and the 8087’s instructions are still a part of today’s x86 desktop computers.

Ken goes into detail on the 8087, the history, the architecture, and supply voltage issues.

(Ed. note: these were pricey upgrades for the first PCs. Eventually the 486DX (1989) merged the microprocessor and floating point unit into one chip.)

Comments Off on Inside the die of Intel’s 8087 coprocessor chip, root of modern floating point