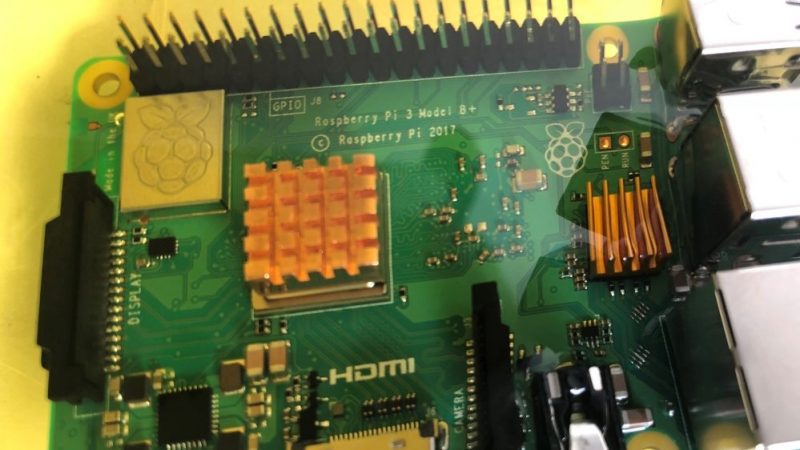 The blog 314REACTOR experiments with liquid cooling a Rasperry Pi. Via Hackaday:

As a general rule, liquids and electronics don’t mix. One liquid bucks that trend, though, and can contribute greatly to the longevity of certain circuits: oil. Dielectric oil cools and insulates everything from the big mains transformers on the pole to switchgear in the substation. But what about oil for smaller circuits?

[Lord_of_Bone] was curious to see if an oil-cooled Raspberry Pi is possible, and the short answer is: for the most part, yes. The experimental setup seen in the video below is somewhat crude — just a Pi running Quake 3 for an hour to really run up the CPU temperature, which is monitored remotely. With or without heatsinks mounted, in free air the Pi ranges from about 50°C at idle to almost 70°C under load, which is pretty darn hot. Dunking the Pi in a bath of plain vegetable oil, which he admits was a poor choice, changes those numbers dramatically: 37°C at idle and an only warmish 48°C after an hour of gaming. He also tested the Pi post-cleaning, which is where he hit a minor hiccup. The clean machine started fine but suffered from a series of reboots shortly thereafter. Twelve hours later the Pi was fine, though, so he figures a few stray drops of water that hadn’t yet evaporated were to blame.

Is oil immersion a practical way to cool a Pi? Probably not. It doesn’t mean people haven’t tried it before, of course, but we applaud the effort and the careful experimentation.

Read more and check out the original blog post for more details!