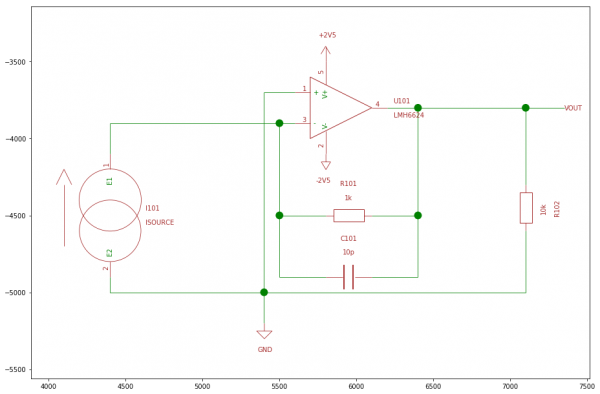 Christer Weinigel over at Christer’s Ramblings writes about switching from Tina TI to a new circuit simulator based on Spice:

A few weeks ago I got so frustrated that I started writing my own parser which can read a Kicad schematic file and extract the components and connectivity from those. And for some strange reason I also wrote a renderer which can render the schematic using matplotlib as a backend. This turned out to have it’s advantages…

Today I finally put together the missing parts, a converter which translates the Kicad schematic (including any spice model directives) to a Ngspice compatible circuit, runs ngspice in batch mode and then retrieves all the resulting values from the rawfile that Ngspice outputs.

And it actually seems to work decently.

Originally I played around with wxPython and displayed my matplotlib plots in an embedded frame. My idea was to write a GUI (yeah, yet another GUI) that would let me set up and arrange multiple simulations and plots in a Window. But then I realised that since matplotlib is supported in Jupyter and that the easiest way to play around with and test things is to just use an interactive notebook. A big part of this blog post was actually generated by Jupyter and translated to Markdown with jupyter-nbconvert.