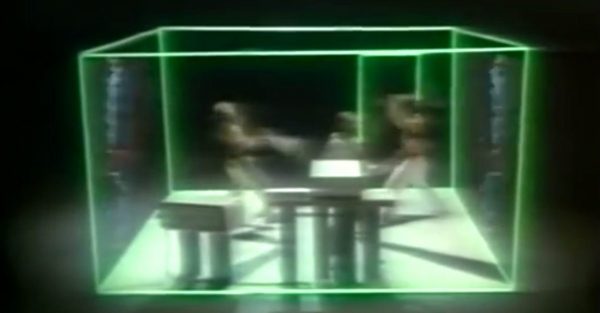 Nowadays watching a musician rock out behind a computer  is pretty standard. Back in the 80’s it was only getting started. A big breakthrough in the world of sequenced music was Jan Hammer’s theme to the legendary TV show Miami Vice. And before that Jan Hammer made a song called Sequencer that produced one of the most 80’s music videos of all time.

Before the music of synthesist Jan Hammer hit the mainstream with his soundtrack for the hit show Miami Vice, he was best known as a fusion jazz keyboardist.

He collaborated with jazz guitarist Al Di Meola on a series albums in the 80s, which offered a preview of Hammer’s later Miami Vice work.

Sequencer, from Di Meola’s album Scenario, is one of Hammer’s compositions and prominently features his trademark Fairlight CMI sound and soloing. The music video could not be much more 80’s-tacular, and the music presages the iconic Miami Vice theme.