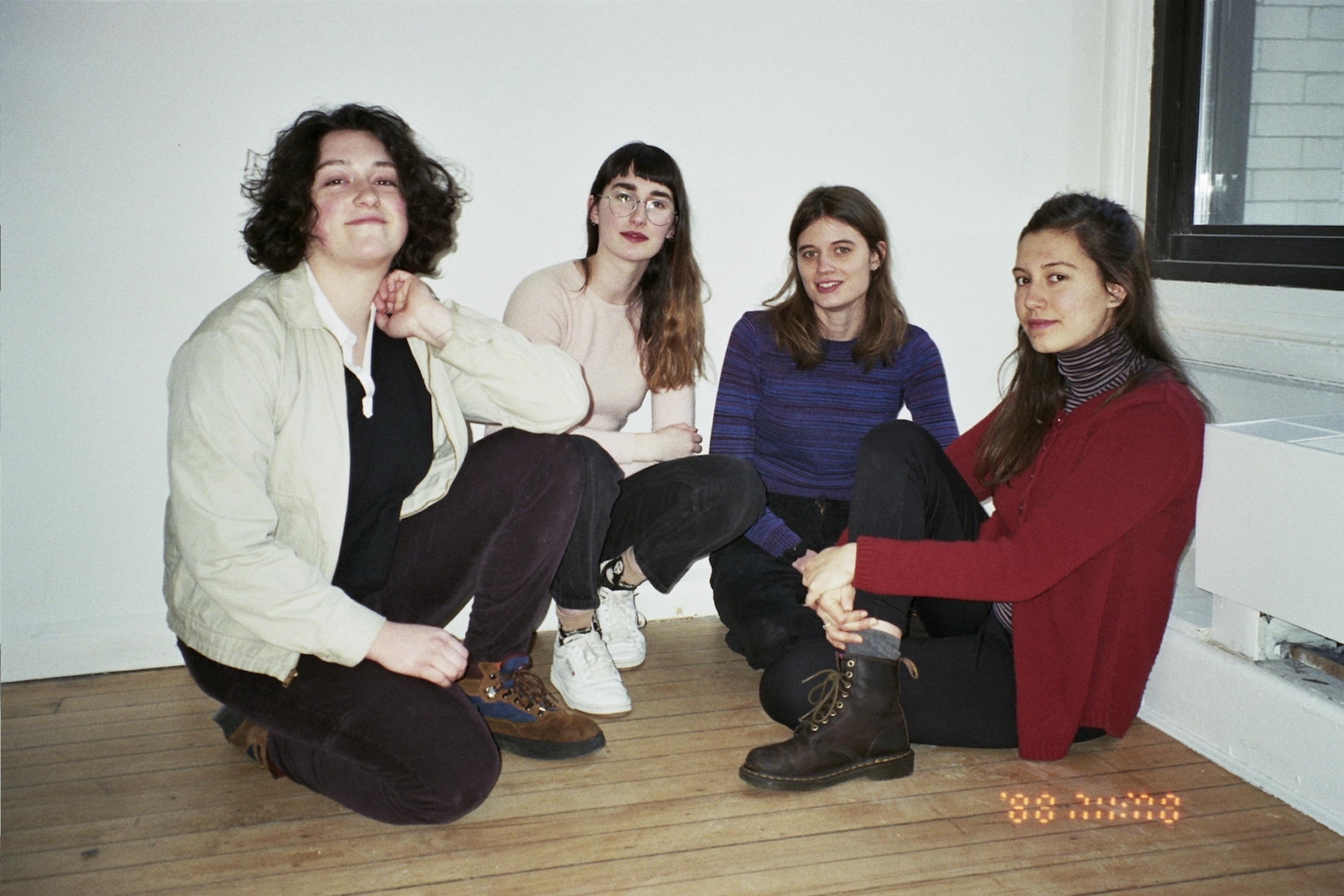 On the convincing recommendation of Adafruit favourite Pom Pom Squad, I picked up a copy of The Ophelia’s Almost LP last month. It immediately became one of my musical highlights of the year. Coming to us from Indiana’s Joyful Noise Recordings (home to Joan of Arc, Deerhoof, Lou Barlow), The Ophelias offer everything you could hope to find in a classic guitar record. Complimented by the inspired production of Yoni Wolf (WHY?), these are emotive, subtle and layered songs filled with beauty, urgency and anger. But for all the drive and power, there’s an element of effortlessness, as though the group was born to play these songs.

Music press big and small have had lots to say as they line up to praise this stunning record. The likes of Pitchfork, NPR’s All Songs Considered, Post-Trash, FLOOD Magazine, Austin Town Hall, CLASH Music, Stereogum, Paste Magazine, Alt Citizen and so many others have all reveled in creativity and promise of The Ophelias. Though brimming with ideas, experiments and influences, they offer something hugely accessible and wholly satisfying.

There is so much here to enjoy. I hear the emboldened musical openness of Pomegranates, I hear the warming wisdom of Mitski, I hear the loose swagger of Modest Mouse, I hear the hard edges of The Breeders, I hear the energised melodicism of Kississippi, I hear the aches and creaks of Wished Bone and I hear the downcast defiance of Horse Jumper of Love. In these songs, I hear the future and the past. If you have any interest in we what collectively refer to as “guitar music” or “indie rock” then Almost is a practically essential listen.

We’re really lucky to get to hear a little from The Ophelias in the latest MusicMakers. They’re a killer group of talented young people who grew weary of being somebody’s “token girl” or “side-person”  and found their way to the right set of eclectic collaborators with whom to make some truly special and fulfilling music. Now able to control their own artistic destinies, the four-piece are making great art, reaching an audience and touring the country. There’s a lot of inspiration to be found here.

If you’d like to get even more insight into The Ophelias’ recording and creative processes, I recommend checking out this “In the Studio” feature they did with Electronic Musician for a bit of a deep dive with some great behind the scenes photos.

Where are you based?
Cincinnati, Ohio.

What was your introduction to music?
We all come from a variety of backgrounds. Micaela began playing jazz drums (and Rock Band on Xbox), Andrea and Grace both began in classical orchestra, and Spencer played a couple instruments and sang opera. We met through mutual friends playing folk, indie rock, etc.

What have you been working on?
We just put out our second album, our label debut with Joyful Noise! It’s called Almost. We’re on tour right now on the West Coast and it’s beautiful.

How have you seen technology change the creation and consumption of music in your lifetime?
It’s funny, we’ve all grown up in a time where Spotify and digital platforms have always existed, but we’ve also seen the resurgence of vinyl and tapes. We all have an affinity for physical media. As far as recording goes, we did the first album semi-analog and the second completely digital. Working with Yoni really opened up the world of digital manipulation in terms of samples, distortion, etc.

Describe your recording or production setup:
There were two phases of our new album: we recorded the basic tracks in a classic studio setting, and then we recorded secondary parts (vocals, violin, percussion) at a home studio with very sparse equipment. We as a band don’t have a very specific setup.

Any tips for gear or customising your workspace?
We believe your workspace should include people you trust and are comfortable working with! Even if you don’t have intense technical knowledge, you can still make music- especially if you know and trust people to help you. As far as gear goes, just making the best out of what you have. You don’t need a $1000 guitar to record a track that sounds good.

What’s one song that everybody should hear?
“Destroyer” by Lala Lala

Who do you think we should ask these questions next?
Lillie West from Lala Lala or Emily Sprague from Florist!

The Almost LP is out now on Joyful Noise Recordings.

The Ophelias will be supporting WHY? on tour this November in Cleveland, Chicago, Minneapolis, Ferndale and Pittsburg. More details on their live dates here.

Comments Off on MusicMakers017: The Ophelias