What Makes a Hit #MusicMonday 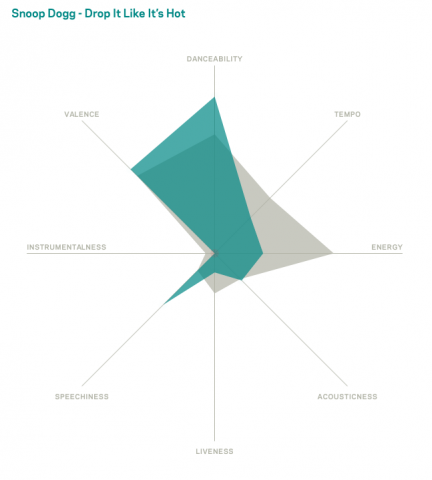 When it comes to climbing the charts, research suggests that it pays to be different. From Brenda Lee to Beyoncé, here’s how the top songs stood out from the crowd.

For a multi-billion dollar industry, popular music gets a bad rap.

Pop music is often derided as insipid and endlessly recycled, and critics of the Top 40 often suggest that the key to making a hit is to copy and paste an earlier success with nothing more than some superficial variation. But recent research suggests that the opposite may be true. 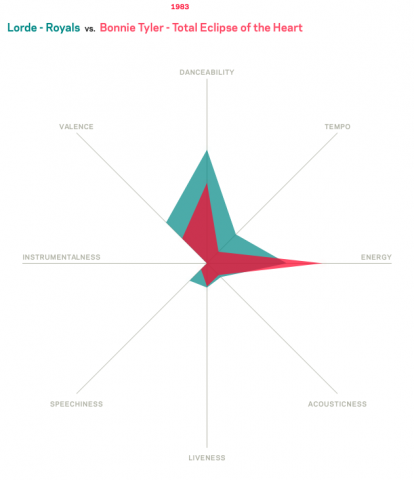 In their paper “What Makes Popular Culture Popular? Product Features and Optimal Differentiation in Music,” professors Michael Mauskapf of Columbia Business School and Noah Askin of INSEAD analyzed 60 years worth of tracks from the Billboard Hot 100, and found that the songs that chart highest tend to be less similar to their predecessors. When it comes to getting to the top of the charts, it pays to be different — though not too different.

“Breakout songs — those that reach the very top of the charts — simultaneously conform to prevailing musical feature profiles while exhibiting some degree of individuality or novelty,” Mauskapf and Askin explain. “They sound similar to whatever else is popular at the time, but also have enough of a unique sound to help them stand out as distinctive.”

“What that suggests,” the researchers conclude, “is that a hit song, or any other cultural product – like a film, or a novel — can’t simply be reverse engineered from what’s been popular in the past. Popular success really is more art than science.”

Comments Off on What Makes a Hit #MusicMonday