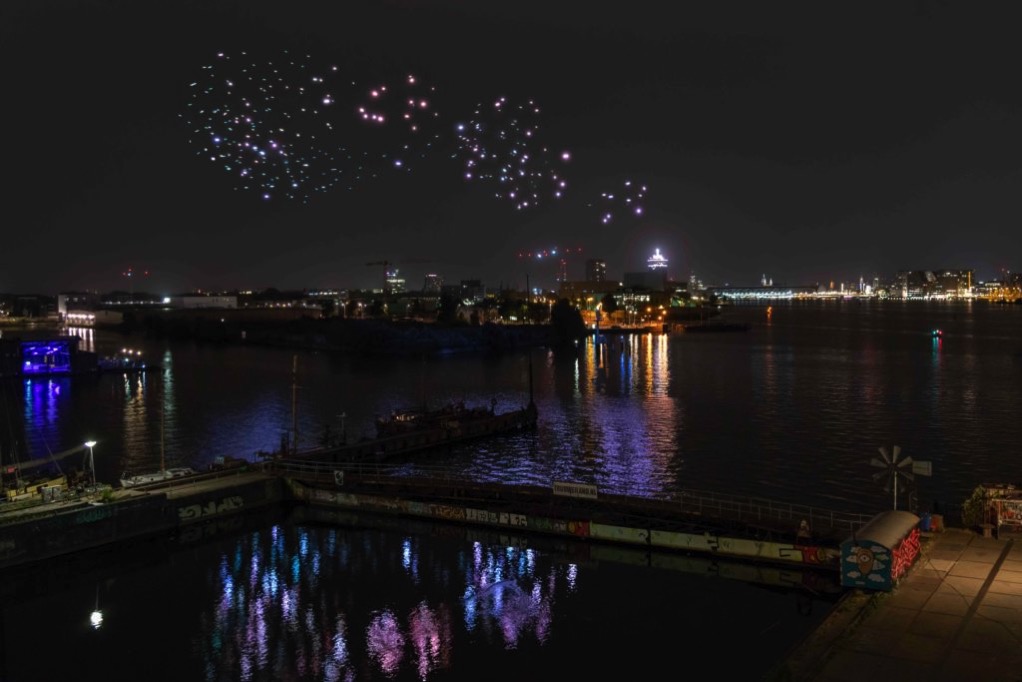 After 300 luminous drones took flight in a showstopping performance over Amsterdam this past weekend, the Dutch art and design duo behind it all has revealed to artnet News that they have their sights set on a next stop for the show-stopping project: Burning Man.

Speaking to artnet News, Studio Drift‘s Ralph Nauta and Lonneke Gordijn explained the genesis of their pioneering airborne sculpture, Franchise Freedom, which had its breathtaking debut at Art Basel Miami Beach last year. After developing an interest in group behavior, the FuturePace artist duo found themselves struck by the flight patterns of starlings, which they say are “endlessly fascinating to look at.” Starling swarms appear to move effortlessly as a whole despite each individual following a set path, a natural phenomenon called murmuration. This formed the genesis of the project that fuses art, nature, and technology.

“It perfectly visualizes the illusion of freedom of being inside a group,” the duo explains to artnet News.

Based on these observations, the duo developed a special algorithm with which to choreograph the movements for a swarm of drones, offering a vision of a new hybrid life of nature and technology. The lit-up Intel Shooting Star™ drones dive and soar in patterns mimicking the way the birds fly.