Flow Separation by Tauba Auerbach: a Historic Fireboat Painted in ‘Razzle Dazzle’ in NY Harbor Through May 2019 | #PublicArt 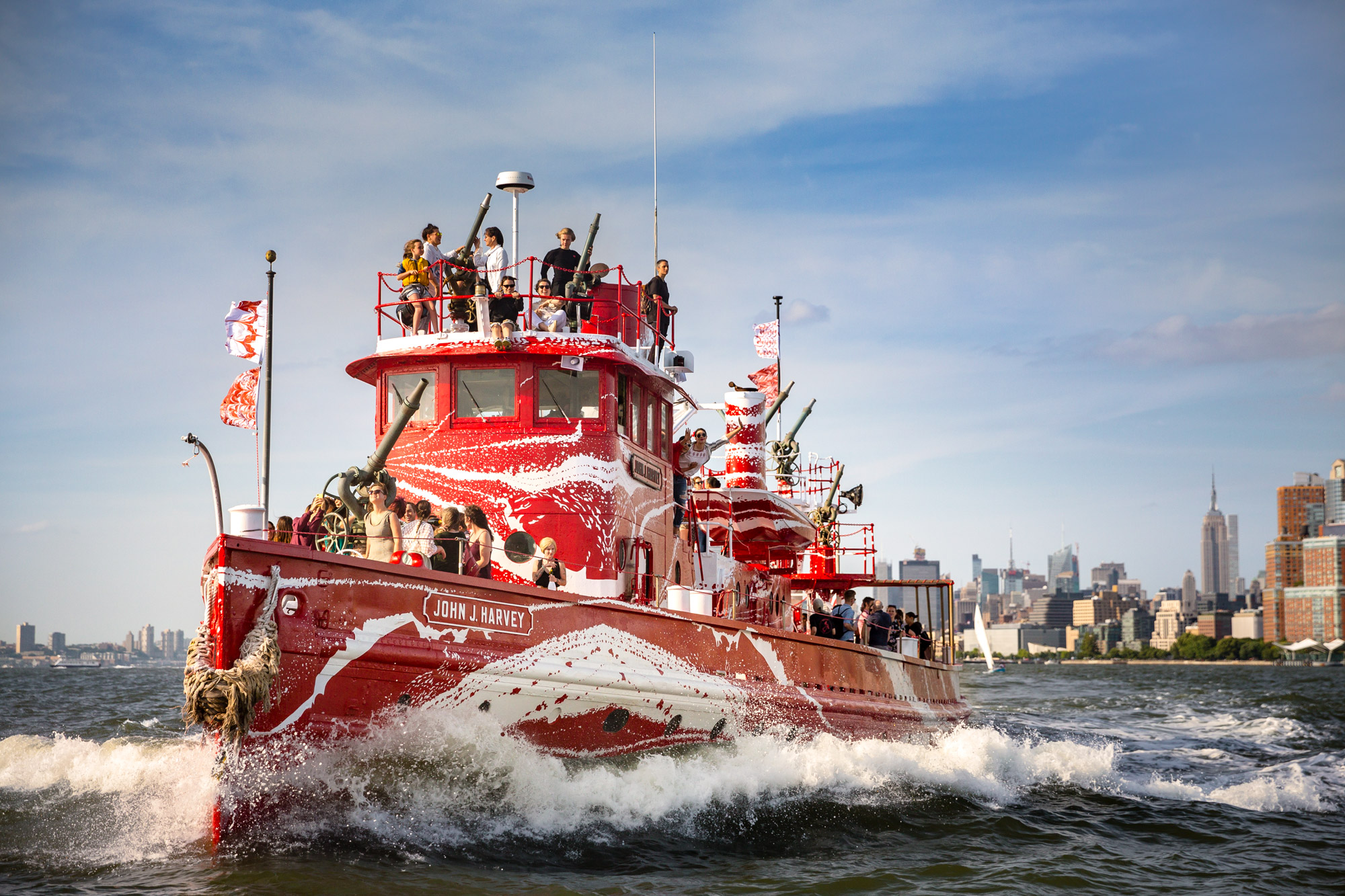 The public can board the boat on Saturdays and Sundays to get up close with the vessel and limited tours of the harbor are also available – more info here.

Flow Separation is a commission by New York-based artist Tauba Auerbach (b. 1981, San Francisco, California), which transforms the historic Fireboat John J. Harvey into a contemporary “dazzle ship.” Invented by British painter Norman Wilkinson during World War I, the original dazzle patterns were painted onto ships to optically distort their forms, confusing enemy submarines tracking their distance, direction, and speed. With their geometric shapes, the dazzle designs were heavily indebted to both animal camouflage and avant-garde movements like Cubism, Futurism, and Vorticism. Thousands of vessels were dazzled in the U.K. and U.S., including in New York City at the Brooklyn Navy Yards.

Auerbach is known for her painterly experimentation, often playing with various techniques to explore perception and dimensionality. Her dazzle design draws inspiration from fluid dynamics and the forms found in wake patterns left behind objects as they move through water. Auerbach created her design for the surface of the boat through the process of marbling paper, floating inks on a fluid bath and combing the surface to create various wake patterns before transferring them on to paper. The fireboat also flies a flag diagramming “flow separation” — the phenomenon when areas of fluid in a wake move backwards, creating eddies. By incorporating the movement and behavior of water into the design, Auerbach references how the fireboat travels through water as well as how water moves through the belly of the vessel itself.

2018 marks one hundred years since the end of World War I. Flow Separation artfully threads together notions of innovation, technology, and abstraction, while it also invites us to remember this devastating world war.

Comments Off on Flow Separation by Tauba Auerbach: a Historic Fireboat Painted in ‘Razzle Dazzle’ in NY Harbor Through May 2019 | #PublicArt