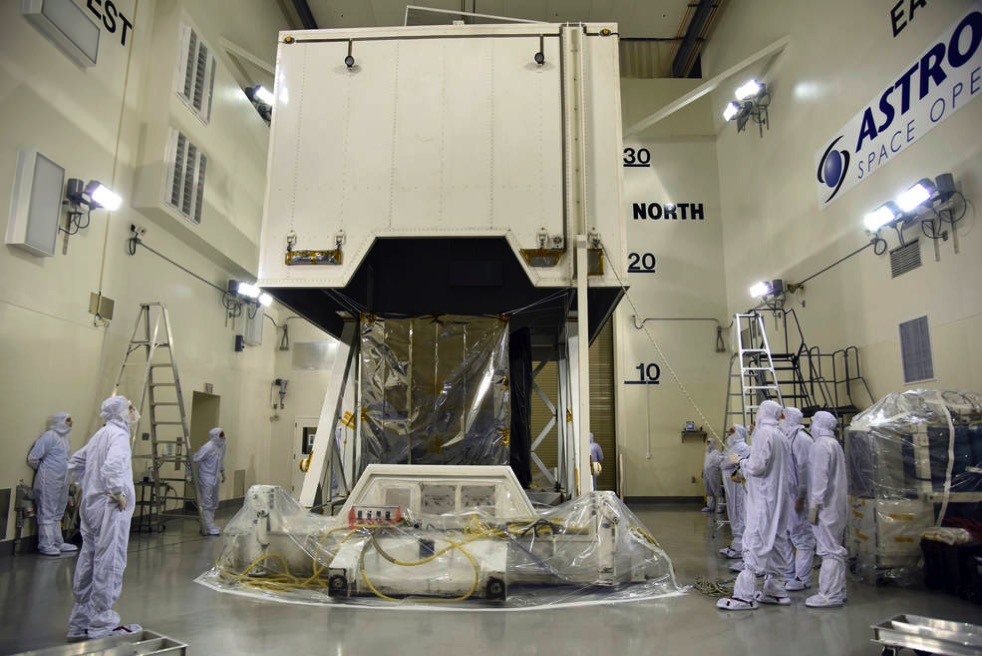 Next month, NASA will launch into space the most advanced laser instrument of its kind, beginning a mission to measure – in unprecedented detail – changes in the heights of Earth’s polar ice.

NASA’s Ice, Cloud and land Elevation Satellite-2 (ICESat-2) will measure the average annual elevation change of land ice covering Greenland and Antarctica to within the width of a pencil, capturing 60,000 measurements every second.

“The new observational technologies of ICESat-2 – a top recommendation of the scientific community in NASA’s first Earth science decadal survey – will advance our knowledge of how the ice sheets of Greenland and Antarctica contribute to sea level rise,” said Michael Freilich, director of the Earth Science Division in NASA’s Science Mission Directorate.

ICESat-2 will extend and improve upon NASA’s 15-year record of monitoring the change in polar ice heights, which started in 2003 with the first ICESat mission and continued in 2009 with NASA’s Operation IceBridge, an airborne research campaign that kept track of the accelerating rate of change.

ICESat-2 represents a major technological leap in our ability to measure changes in ice height. Its Advanced Topographic Laser Altimeter System (ATLAS) measures height by timing how long it takes individual light photons to travel from the spacecraft to Earth and back.

“ATLAS required us to develop new technologies to get the measurements needed by scientists to advance the research,” said Doug McLennan, ICESat-2 project manager at NASA’s Goddard Space Flight Center. “That meant we had to engineer a satellite instrument that not only will collect incredibly precise data, but also will collect more than 250 times as many height measurements as its predecessor.”

ATLAS will fire 10,000 times each second, sending hundreds of trillions of photons to the ground in six beams of green light. The roundtrip of individual laser photons from ICESat-2 to Earth’s surface and back is timed to the billionth of a second to precisely measure elevation.

With so many photons returning from multiple beams, ICESat-2 will get a much more detailed view of the ice surface than its predecessor, ICESat. In fact, if the two satellites were flown over a football field, ICESat would take only two measurements – one in each end zone – whereas ICESat-2 would collect 130 measurements between each end zone.

As it circles Earth from pole to pole, ICESat-2 will measure ice heights along the same path in the polar regions four times a year, providing seasonal and annual monitoring of ice elevation changes.