E. Coli Bacteria Made This Image of the Mona Lisa #ArtTuesday 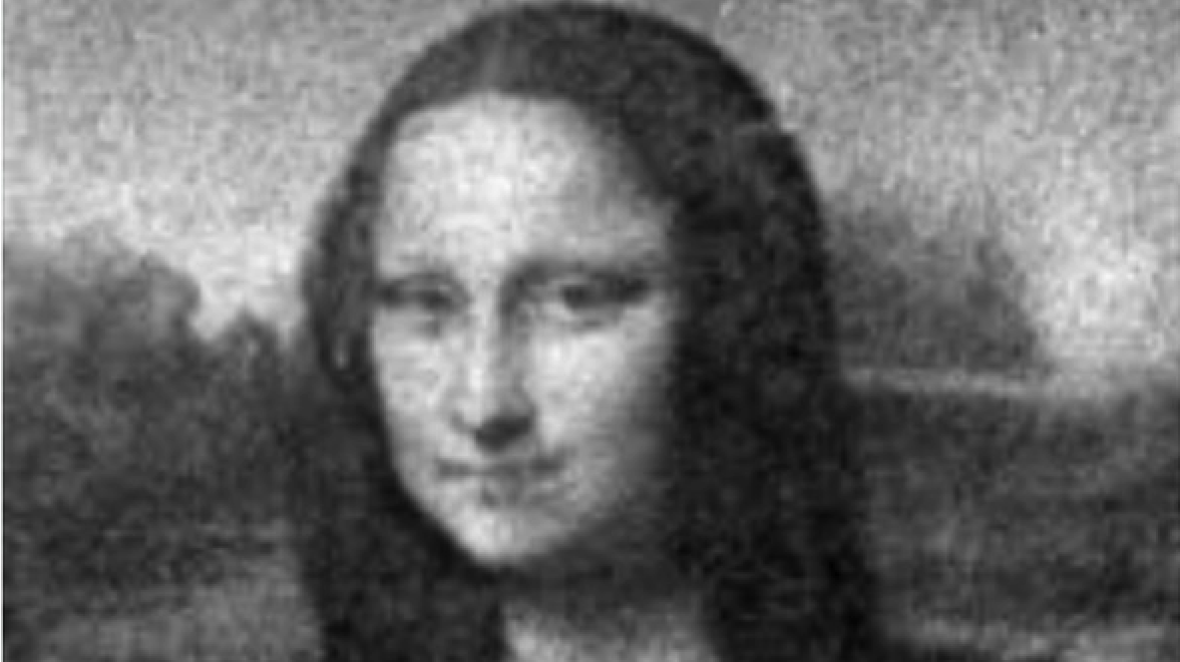 Using Dynamic density shaping of photokinetic E. Coli research/artist were able to create detailed images. I hope they wash their hands a lot.

The Italian researchers weren’t just playing around with bacteria for fun. Rather, they were attempting to unite different attributes so they could control large populations of bacteria—perhaps to one day build microscopic transport devices, or even 3D print using bacteria.

“I think it’s an interesting proof of concept of possibly using bacteria as bricks to build structure on the microscale cheaply and easily,” study author Roberto Di Leonardo from the Sapiezna University of Roma told Gizmodo.

The researchers spliced the proteorhodopsin-producing gene into the bacteria. Then, they replaced a projector’s lens with a microscope lens in order to project images onto a stage that held the bacteria, two micrometers per pixel. The researchers knew that slower-moving bacteria receiving less light would clump together, while faster-moving ones receiving more light would move farther apart. The clumping patterns would create the resulting image, where regions of more bacteria appear white and regions of less bacteria appear black. The researchers shone negatives in order to create the images.

Comments Off on E. Coli Bacteria Made This Image of the Mona Lisa #ArtTuesday