Handling a Medical Emergency on a Space Station 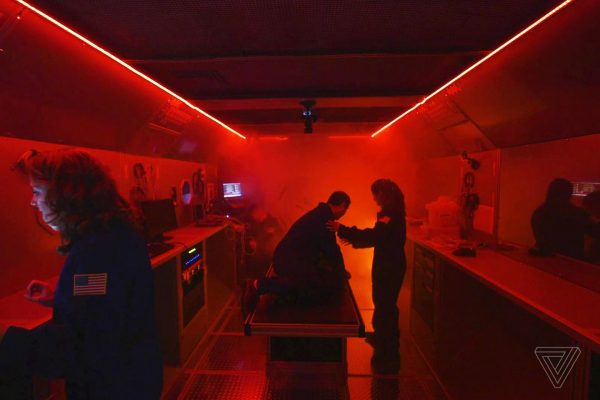 Here on Earth, having a medical emergency means calling an ambulance and getting to a nearby hospital as soon as possible. In space, that’s not really an option. For astronauts living on the International Space Station, Earth is several hours away, and the only way to get back is on a capsule that plunges through the planet’s atmosphere. That’s why astronauts have basic medical training so they can deal with a medical emergency if one arises.

However, there is always the option to evacuate the ISS if a medical situation is dire enough. On a trip to the Moon or Mars, that won’t be a possibility. A trip to the Moon takes several days, while a trip to Mars could take several years. Astronauts on those missions will need to work autonomously to address any major health problems, especially those traveling to Mars, who will have limited communication with ground control. Radio signals could be delayed by up to 20 minutes each way on a Mars mission, which means they’ll be on their own.

So how exactly do you train for medical emergencies in deep space? That’s something that Brigham and Women’s Hospital in Boston is working on. With funding from NASA, researchers at BWH have built a deep space medical sick bay at the hospital’s STRATUS Center for Medical Simulation. It looks like something ripped from a science fiction spaceship, but it’s meant to mimic what a real medical module might be like on a deep space NASA mission.

Comments Off on Handling a Medical Emergency on a Space Station