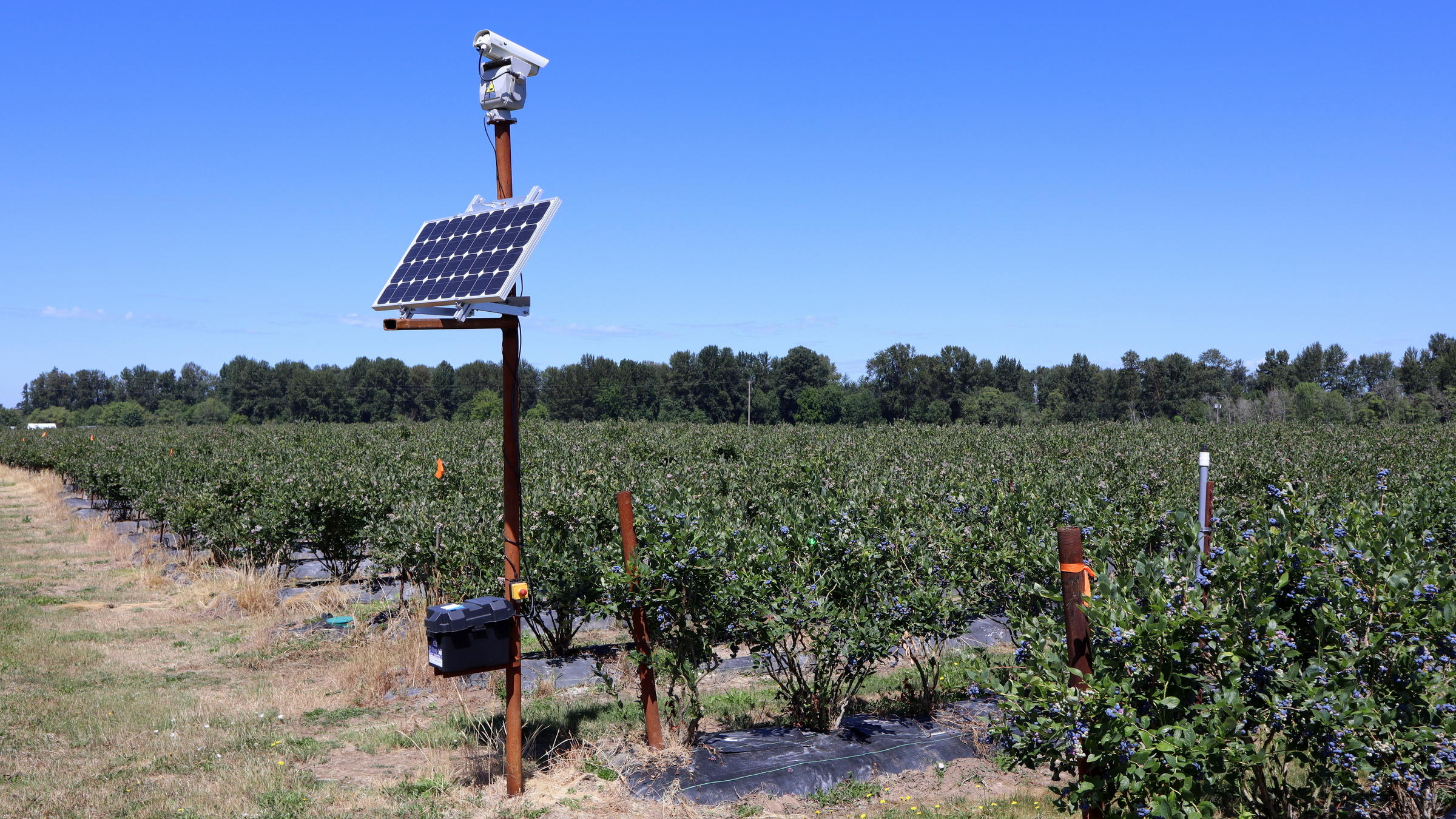 Originally heard this report via WNYC AM820 in NYC — listen:

During every berry-picking season in the Pacific Northwest, blueberry and raspberry growers fight to prevent birds from gobbling up the crop before harvest. This year, some farmers are trying something new to scare away the thieving birds: lasers.

“Flocks can move in of up to 2,000 to 3,000 starling birds,” Meduri says. The starlings gorge themselves and knock down berries right as the crop is ready to pick. When he didn’t take countermeasures, Meduri says the damage was “Inconceivable, huge. We had almost a 20 to 25 percent, maybe even 30 percent damage loss.”

Meduri says he previously hired a falconer to protect his fields. But the falcons were expensive, temperamental and sometimes flew away. Then last year, he became one of the first farmers in the U.S. to install automated lasers.

“You’re creating this kind of laser light show at 4 o’clock in the morning,” Meduri says. “That’s the time when birds come out.”

The lasers cross over in erratic patterns. The sweeping green laser beams emanate from what look like security cameras atop metal poles.

They also work during the daytime. But in sunlight, the human eye can only see green dots dancing across the berry-laden bushes.