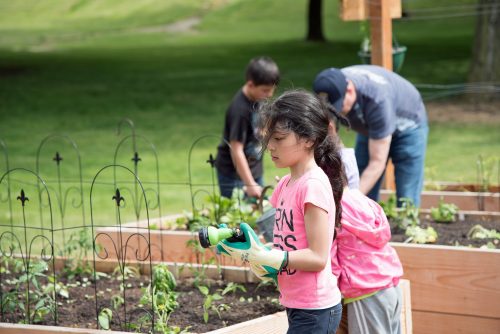 Fun story out of Des Moines Washington Via the Waterland Blog:

Kids work in Midway Park Community Garden. Powers’ most recent idea was a program that included a four-week course that teaches Des Moines students to power a robot (called a FarmBot) with the ability to plant and cultivate a variety of crops in a community garden (Midway Park Community Garden) staffed by students and community volunteers. Students learn how to use tools to build, operate, monitor and maintain the equipment, the garden as well as all the produce the garden generates which in turn will be donated to local food banks. The FarmBot is able to perform almost all processes prior to harvesting including sowing, mechanical weed control, and watering. 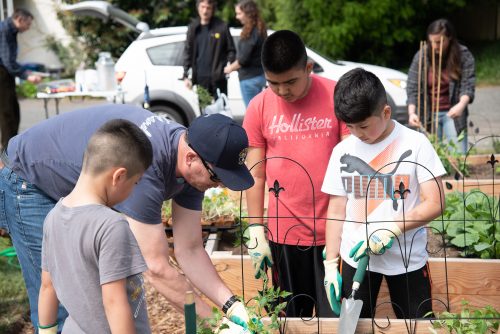 He said acquiring the FarmBot was a key component to the program. The FarmBot runs on Raspberry Pi, which is a small and affordable computer that users can use to learn programming. The FarmBot also allows users to adapt the robot by building their own parts and new features. “They encourage you to build on their device — communities can take it and make it their own,” Powers said.
The first four-week course ended earlier this summer but Powers is just getting started. He has a goal of acquiring and putting together 25 FarmBots in the next five years and using them to create sustainable and healthy food sources around Washington. He said places like Des Moines and Sea-Tac are considered food deserts, regions with high poverty without access to healthy food sources, and that nourishing food readily available will make a long-term difference.

All that’s required from student recruits is an interest in technology. Many students he talked to were a little intimidated by the programming and technology aspect of the course.

“All they needed to have was an interest — I encouraged those who were too afraid and tried to not scare anybody off,” he said. “The FarmBot is a daunting looking machine. We’re putting together a robot, working on making it move and function the way it is supposed to. But with guidance it was relatively easy; we were able to get it done in 12 days.”