The Power of Anomalies 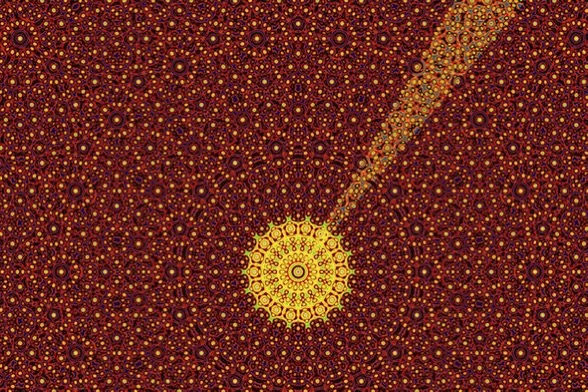 Progress in science is sometimes propelled by the discovery of experimental oddities that inspire a fresh perspective on nature, Via Scientific American

Progress in science is sometimes triggered by surprises. Data collection resembles gathering of new pieces in a jigsaw puzzle and placing them together. Sometimes one of the pieces does not quite fit. It is natural for scientists to instinctively argue that such a piece does not belong; perhaps it is an artifact driven by uncertainties in the data or a misinterpretation of the experiment. This might indeed be the case in most instances. But every now and then, an anomaly of this type signals a real discrepancy from expectations, either a violation of a highly respected but incomplete law of nature—namely an exception to the rule, or an unexpected surprise—signaling the possibility of “new physics.”

One of the well-known historical examples involves the discovery of the Planck spectrum of blackbody radiation, which could not have been explained by classical physics and which ushered in quantum mechanics. The anomaly was declared by the British physicist Lord Kelvin in 1900 as one of the two remaining dark clouds obscuring “the beauty and clearness of the dynamical theory” before its revolutionary role in the development of modern physics was recognized. A more recent example involves quasicrystals, which represent a state of solids that violates translational symmetry. Their accidental discovery by Dan Shechtman in 1982 was discredited for decades since it violated textbook assumptions, but its significance was eventually recognized by the Nobel Prize Committee in 2011.

An example for a current unresolved anomaly involves the reported discrepancy between the measured values of the Hubble constant H0 (the expansion rate of the universe) in the local universe (based on observations of supernovae) and in the universe just 400,000 years after the big bang (as measured from the brightness anisotropies of the cosmic background radiation). If real, this anomaly might signal the existence of a sterile neutrino; a form of decaying dark matter; a growing dark energy or something else. Another current example involves the anomalously strong absorption of electromagnetic radiation by hydrogen atoms during the cosmic dawn, as measured by the EDGES experiment, which might potentially indicate some form of interaction between ordinary matter and dark matter.

Comments Off on The Power of Anomalies