Researchers Use Biomimicry and 3D Printing to Develop Robotic Fish 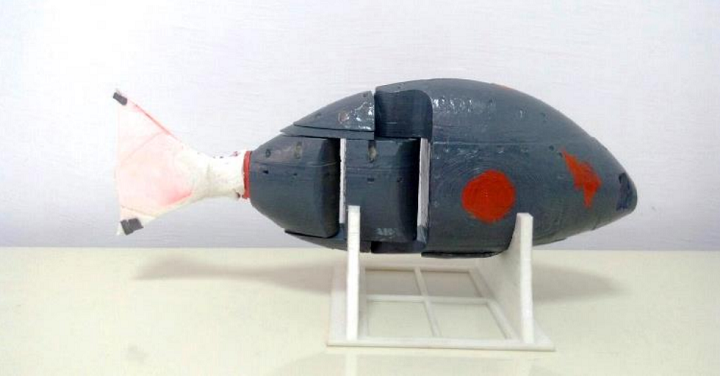 3D printed robotic fish have all sorts of applications, from underwater data acquisition and detecting toxins in the water to studying and saving real fish, or just adding a new pet to the family. A group of engineering researchers from the University of Firat in Turkey are using biomimetic design to come up with flexible solutions for different marine applications, like observing organisms, examining underwater resources, finding and combating pollution, coastline security, surveying submerged areas, and fault detection in pipelines.

Detailed mechanical configuration of the 3D printed robotic fish.
The researchers, inspired by the carp fish for their 3D printed robotic fish, recently published a paper, titled “Mechatronic Design and Manufacturing of the Intelligent Robotic Fish for Bio-Inspired Swimming Modes,” about their use of 3D printing, robotics, and biomimicry to develop an Autonomous Underwater Vehicle (AUV).

The abstract reads, “This paper presents mechatronic design and manufacturing of a biomimetic Carangiform-type autonomous robotic fish prototype (i-RoF) with two-link propulsive tail mechanism. For the design procedure, a multi-link biomimetic approach, which uses the physical characteristics of a real carp fish as its size and structure, is adapted. Appropriate body rate is determined according to swimming modes and tail oscillations of the carp. The prototype is composed of three main parts: an anterior rigid body, two-link propulsive tail mechanism, and flexible caudal fin. Prototype parts are produced with 3D-printing technology. In order to mimic fish-like robust swimming gaits, a biomimetic locomotion control structure based on Central Pattern Generator (CPG) is proposed. The designed unidirectional chained CPG network is inspired by the neural spinal cord of Lamprey, and it generates stable rhythmic oscillatory patterns. Also, a Center of Gravity (CoG) control mechanism is designed and located in the anterior rigid body to ensure three-dimensional swimming ability. With the help of this design, the characteristics of the robotic fish are performed with forward, turning, up-down and autonomous swimming motions in the experimental pool. Maximum forward speed of the robotic fish can reach 0.8516 BLs-1 and excellent three-dimensional swimming performance is obtained.”

Two of the most important things to consider when designing a 3D printable, biomimetic robotic fish are its body structure and swimming modes, so the researchers spent a lot of time observing and examining fish to get the design right. According to the paper, over 85% of fish swim by bending their bodies and/or caudal fins, also known as BCF, while the rest swim with their median and/or pectoral fins (MPF). 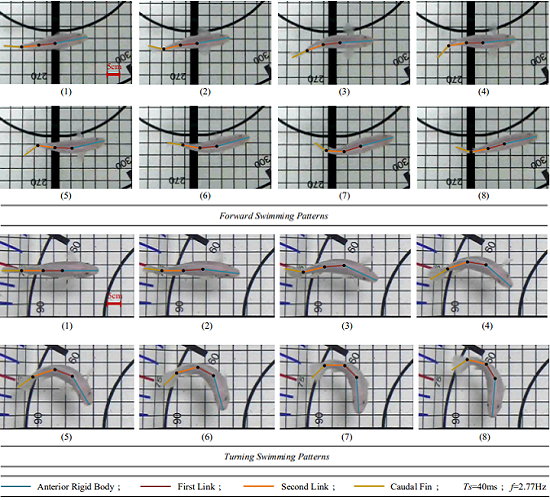