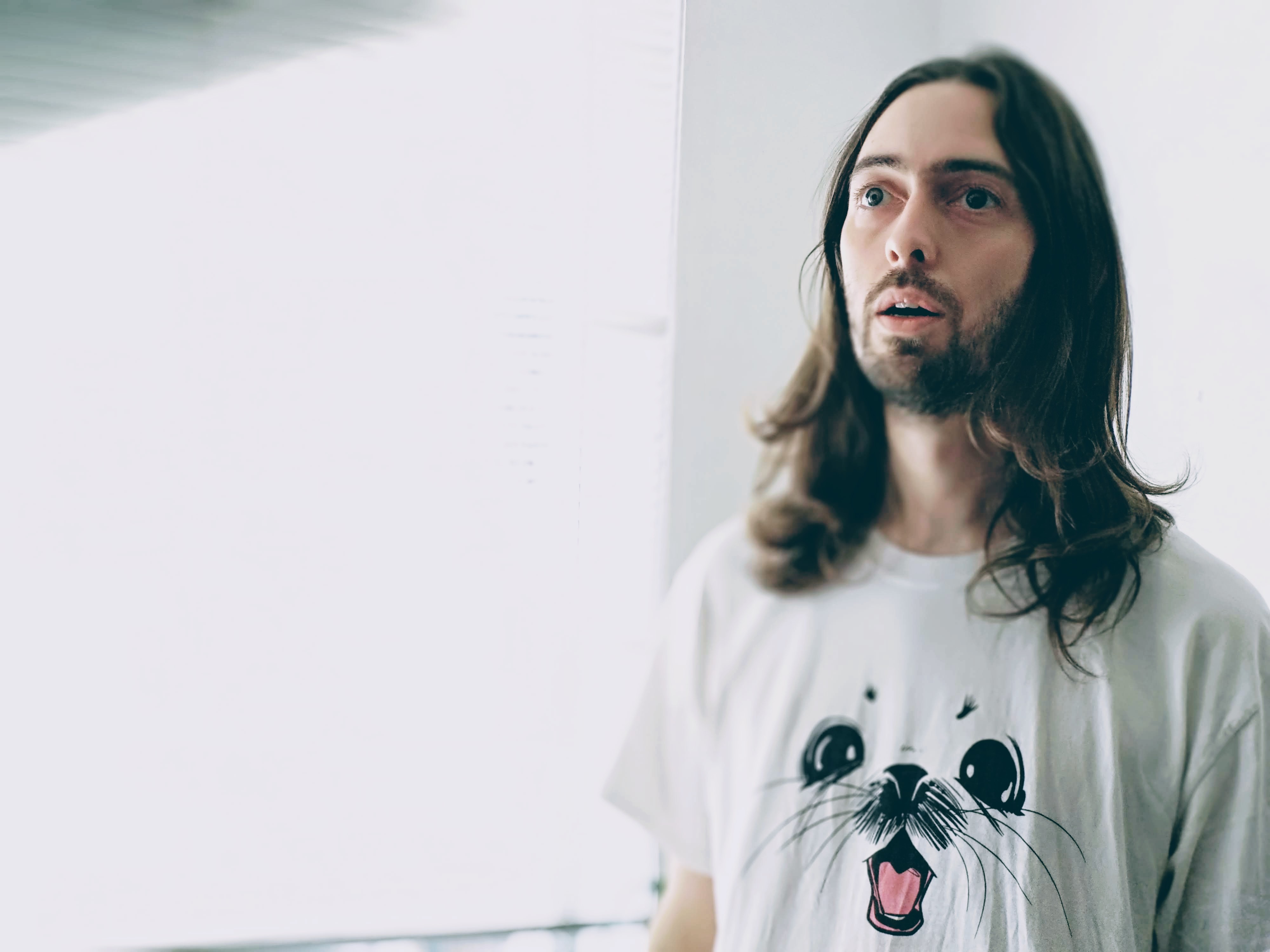 The increasing accessibility of home recording and the general concept of being a “bedroom musician” really opened the door (or at least a small window) for people like Benjamin Shaw to slip in through. Utilizing the freedoms of evolving technology and widening channels of distribution, Shaw’s anti-genre anti-artist brand of stay-at-home-band introversion has found a pathway. Shaw’s output has been a mixture of self-releases and limited runs with a variety of micro-DIY labels. He’s released albums, EPs and oddity sessions on formats ranging from handmade CDRs, cassettes and most telling of Shaw’s tight jawed sound, one album even came partnered with a stress ball. His eclectic efforts have varied from lo-fi indie folk, ambient drone, harsh noise, glimmering indie pop, rattling casio samba, lethargic lounge, electronic as well as broken variations on post-rock, shoegaze, christmas music and well beyond.

His debut EP I Got the Pox, the Pox is What I Got showcased Shaw as a singer-songwriter with a jagged edge to him. A palpable insecurity and a contempt for his own art form was fully on display as he smothered his woes with humor and his melodies with fuzz and found sounds. He continued his push away from the style he self deprecatingly refers to as “versatile singer-songwriter,” turning up the noise and losing and rediscovering his voice as and when suits him.

Shaw’s latest album Megadead, is perhaps his most sonically remarkable record, with gorgeous production and shimmering guitar loops, synth layers, aching noise, field recorings and bursts of electronica. It’s also his most lyrical and vocal album since 2014’s Goodbye, Cagoule World. It’s a worthwhile return as the loneliness and frustration heard in “Terrible Feelings!”, “A Brand New Day,” and “Blue Teeth Thursdays” is matched only by the mixtures of anger and repression that pour from his words in “Melanomates” and “PUSH IT DOWN.” Despite his own self-defeating words of “shame and anxiety about doing any kind of art at all. Especially music.. A white male singer-songwriter going under his own name? Yikes.” there’s no lack of ambition and feeling in these songs. You can push it down, but in the cemetery the flowers still grow and the maggots still eat.

Uncomfortable on the stage, self-critical in the press, a moderate mess on social media and instinctively driven towards uncommercial sounds, Shaw never has never gotten too close to becoming an “indie darling” or “DIY hero.” But he has all the same found a fanbase over the years, with supporters at notable publications like DIY Mag, Gold Flake Paint, Indie Shuffle, Various Small Flames (check out their TasteMakers Q&A!), The Grey Estates (theirs too!), The Alternative, Drowned in Sound, The Line of Best Fit, Dimestore Saints, Atwood Magazine, BBC 6 Music, BBC Radio 3 and numerous others. There’s two press quotes though that I particularly love: “Benjamin Shaw is an outcast, a loner, a maverick and a freak. All of these are compliments.” from CLASH Music and “You wouldn’t want everyone (or, frankly, anyone else) to sound like Benjamin Shaw – but I’m delighted someone does.” from TLOBF.

Considering these ideas of being an outsider or not sounding like anyone else, I believe there’s a message in Shaw’s music that you don’t have to have money or space to make art and that if you’re uncomfortable sitting on a stage or even in a rehearsal room then the potential still exists for you to create something special on your own terms without compromise. Commercial success doesn’t always follow but you can still reach an audience and have your songs be heard by strangers around the world. His evolving production style and his ability to put his tools to use shows that staying home isn’t the same thing as giving up. You can learn, adapt and get better. And he does.

You can create in a multitude of ways and for countless reasons. It can be for acclaim, it can be expression, it can be for money, it can be for opportunity, or, as Shaw states in the notes that accompany Megadead, it can be because “I’ve got nothing else to do.” Whatever reasons you might have to create or to not create, I think Shaw offers an example which demonstrates that you can pretty much do whatever you want and you can make it meaningful, if you’ve got the will and the ideas.

Where are you based?
I’m originally from Blackpool in the north of England, but currently in Melbourne, Australia

What was your introduction to music?
I’m not sure. It’s always been there though. It wasn’t a particularly musical house, nobody played any instruments or anything, but the radio was always on and I know I played the hell out of every Michael Jackson tape my mum got me. My first attempt at recording came when me and my friend Emma tried to record our own vocals over a Michael Jackson song, not realising that it would just erase the music on the tape and ruin the album. I was never very bright. I have a nice early memory of listening to the radio in bed before going to sleep, something I feel like I did a lot, and trying to learn all the harmonies in Eternal Flame by The Bangles.

What have you been working on?
I’ve been working on an album called Megadead. It’s kinda the product of coming out of a fairly long period of exhaustion, and most of the songs have some sort of reference to depression and feeling dead inside, so it’s definitely a fun album. ENJOY!

How have you seen technology change the creation and consumption of music in your lifetime?
I think I’m part of that weird generation that has seen things change so completely while also being a part of it. I listened to tapes and records in the 80s, bought massively expensive CDs in the 90s, and then as the 00s rolled around and I was reaching college age, I joyously filled my hard-drive with millions of free MP3s as Napster, Kazaa and Limewire (and me) destroyed an industry. It’s been weird. As for music creation though, it’s been incredible. It has pretty much completely socialized music production and the distribution networks that were never available to kids from regular and working class backgrounds before. I love it. We will likely never make a living from any of this, but we can create whatever the hell we want and shoot it out into the world and no-one can stop us.

Describe your recording or production setup:
My recording setup is super minimal right now – a Scarlett 2i2, an Akai MKII Mini midi controller and a rapidly struggling 2013 Macbook. I live in a tiny apartment with zero space to do anything really, so when I want to record, we have a hilarious running joke that I say to my partner “I’m going to go in the studio” and I walk 10 feet from the couch and go sit on the bed. I just bought a new microphone though, still super budget, an Audio Technica AT2020, but I have I have it on good authority (the internet) that it will fix all of my life problems. Also, shouts out to my guy AfroDJMac, and his beautiful and soulfully-sampled Ableton Live instruments.

Any tips for gear or customising your workspace?
Hmm. I know nothing about gear. Some nice headphones that sit comfortably on your head? Somewhere you feel comfortable too. Maybe, if you’re feeling super bourgeois, you might want to stretch to a table? I like working on a laptop though. I have a short attention span and get bored quickly, so it’s really nice to be able to take it out and mess about with things somewhere else, like in a library or a bar that doesn’t mind you sitting there with one drink for a couple of hours. It kinda keeps me focussed on the job in hand. Like, “you’re here to do a job, Ben”. Just don’t start finger-drumming on the table please, you will give us all a bad name.

What’s one song that everybody should hear?
“Travelogue” by Bucketmen. Bucketmen are heroes and they taught me everything I know. Let’s have “Mustard After Dinner” by Fighting Kites too. Enjoy.

Who do you think we should ask these questions next?
Katie Dey. I would really like to know how and why her records sound so beautiful. 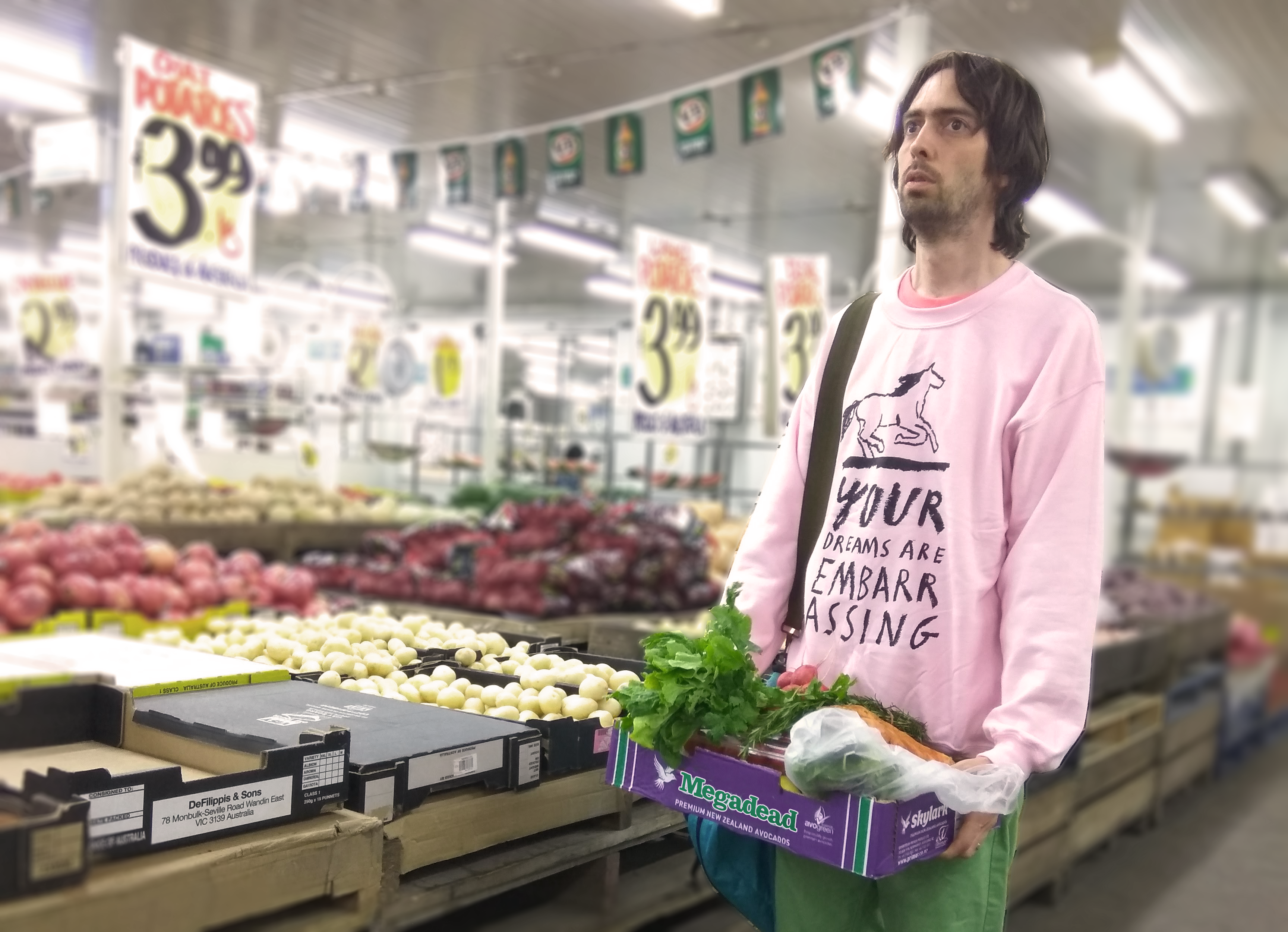 Comments Off on MusicMakers018: Benjamin Shaw