The Fall of Gondolin is Finally Published 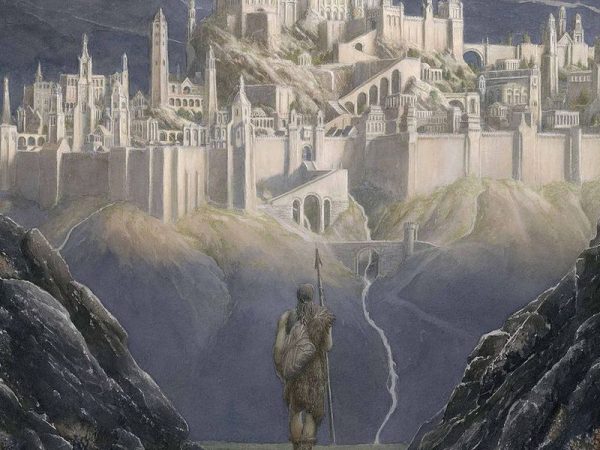 Though J.R.R. Tolkien passed away in 1973, he has never really stopped publishing. For decades his son and literary executor Christopher Tolkien has painstakingly catalogued and edited his father’s papers, creating new books out of unfinished and unpublished manuscripts. Most of those tales delve deep into the history of Middle-earth, the fantasy realm where Tolkien’s best known works, The Hobbit and The Lord of the Rings series take place. Now, it’s likely that work will come to an end with one last Tolkien book. Critic Andrew Ervin at The Washington Post reports that The Fall of Gondolin, which will be released tomorrow, is likely J.R.R. and Christopher Tolkien’s swan song.

While this story may be the last Tolkien book to be published, it is actually an early tale and foundational to the author’s entire concept of Middle-earth. It was first written in 1917 while Tolkien was recuperating in a hospital from trench fever after the Battle of the Somme. “It’s a quest story with a reluctant hero who turns into a genuine hero—it’s a template for everything Tolkien wrote afterwards,” John Garth, author of a book about Tolkien’s experience in World War I tells Alison Flood at The Guardian. “It has a dark lord, our first encounter with orcs and balrogs—it’s really Tolkien limbering up for what he would be doing later.”

Comments Off on The Fall of Gondolin is Finally Published