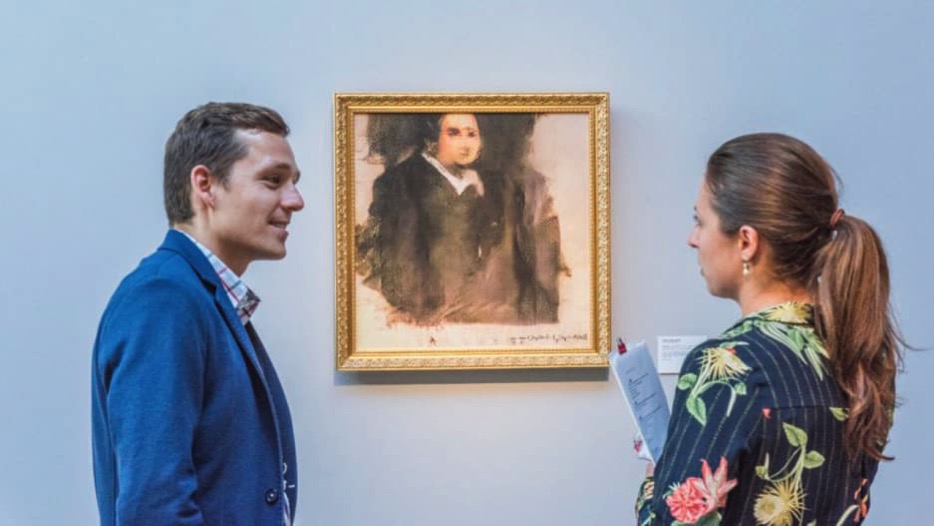 For the first time in its 252-year history, Christie’s will auction artwork generated by artificial intelligence.

Created by the French art collective Obvious, “Portrait of Edmond de Belamy” is part of a series of paintings of the fictional Belamy family that was created using a two-part algorithm. As one of the artists in the collective explains on Christie’s site:

On one side is the Generator, on the other the Discriminator. We fed the system with a data set of 15,000 portraits painted between the 14th century to the 20th. The Generator makes a new image based on the set, then the Discriminator tries to spot the difference between a human-made image and one created by the Generator. The aim is to fool the Discriminator into thinking that the new images are real-life portraits. Then we have a result.
The portrait is estimated to sell anywhere between $7,000-$10,000, and Obvious says the proceeds will go toward furthering its algorithm.

Obvious has created something on a lane for itself in the AI art world. Famed collector Nicolas Laugero-Lasserre bought one of Obvious’s Belamy works in February, which could’ve been written off as a novel purchase where the story behind it is worth more than the piece itself. However, with validation from a storied auction house like Christie’s, AI art could shake the contemporary art scene.

“Edmond de Belamy” goes up for auction from October 23-25.

Comments Off on Christie’s to auction its first A.I. painting #ArtTuesday