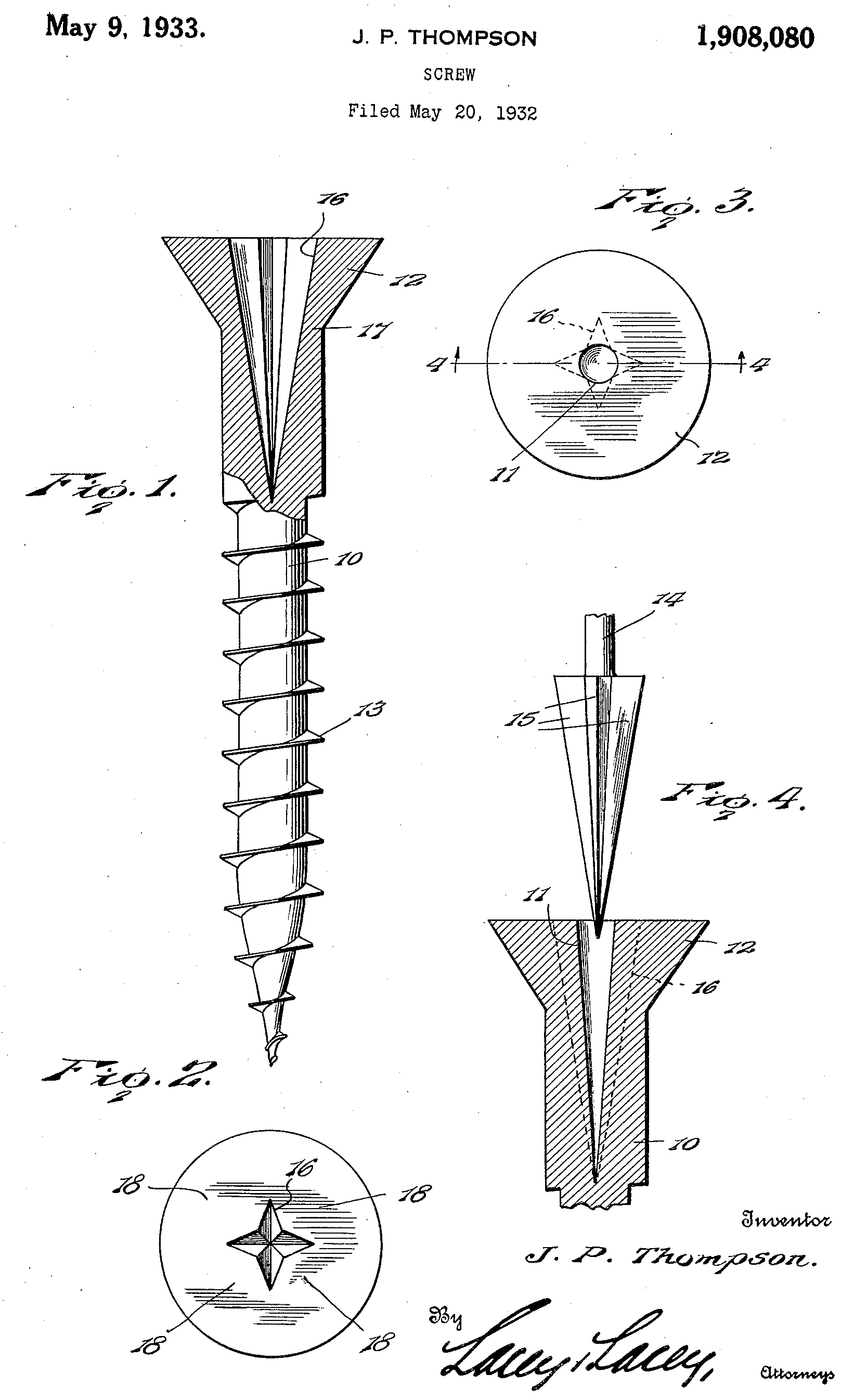 I’ve been fascinated of late with bits and drivers for various screw heads – and in doing so stumbled upon a nice website that is the project of the Oregon Historical Society, that captures the history of the Phillips screwdriver as an Oregonian invention:

The Phillips screw and driver, originally invented by Portlander John P. Thompson, dramatically increased the speed of manufacturing and made the Phillips screwdriver a necessity in every toolbox. Thompson applied for the patent rights on a “Screw” (U.S. Patent 1908080) with an innovative “cruciform groove” and a matching “Screw driver” (U.S. Patent 1908081) in 1932. Although not the first screw of its kind—English inventor John Frearson had patented a screw with a “cruciform orifice” some sixty years earlier—Thompson’s invention eventually revolutionized assembly lines.

When the patents were granted in 1933, the rights were assigned “By Direct and Mesne Assignments” to Henry F. Phillips, the managing director of the Oregon Copper Company, a mining outfit in eastern Oregon. The wording on the patent means that it was awarded directly to Henry Phillips, even though Thompson is credited with the invention. There is no locally available information as to why Thompson transferred the rights to Phillips, but there may have been a relationship between Phillips and Thompson predating the issuance of the patent, and perhaps even the application for the patent.

After obtaining the first two patents, Phillips formed the Phillips Screw Company in Portland in 1933 with the aim of licensing the design to manufacturers and collecting the royalties. He soon persuaded E.E Clark, the president of the American Screw Company, to manufacture the screw, and in the next four years the Phillips Screw Company had obtained six additional patents modifying the design. By 1936 the screw was available to consumers, and the first industrial customer was General Motors, which used Phillips screws to build Cadillac automobiles in 1937. Soon after, it was adopted by the railroad and aviation industries. 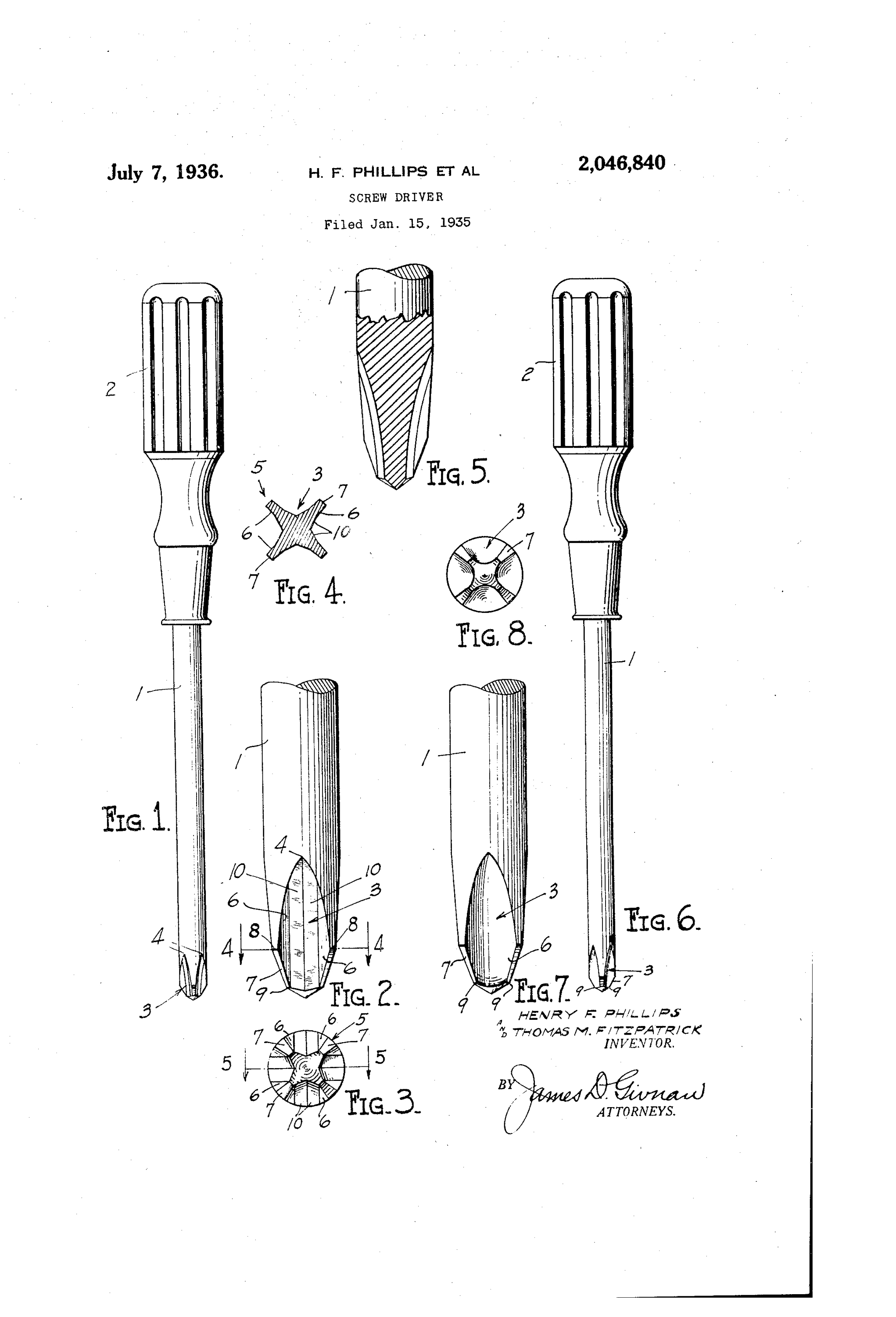