The New York Times Asks an Interactive Question, How Much Hotter Is Your Hometown Than When You Were Born? 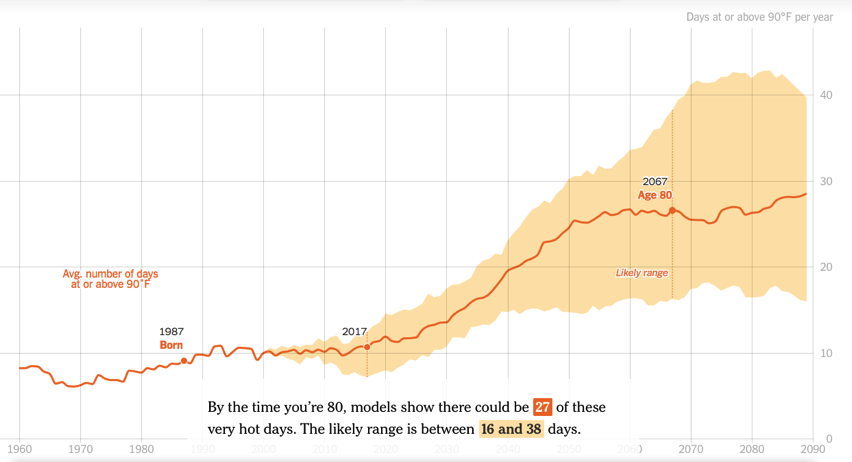 THE NEW YORK AREA is likely to feel this extra heat even if countries take action to lower their emissions by the end of the century, according to an analysis conducted for The New York Times by the Climate Impact Lab, a group of climate scientists, economists and data analysts from the Rhodium Group, the University of Chicago, Rutgers University and the University of California, Berkeley. If countries continue emitting at historically high rates, the future could look even hotter.

The future projection shown here assumes countries will curb greenhouse gas emissions roughly in line with the world’s original Paris Agreement pledges (although most countries do not appear on track to meet those pledges).

Check out your personalized projection.

Comments Off on The New York Times Asks an Interactive Question, How Much Hotter Is Your Hometown Than When You Were Born?